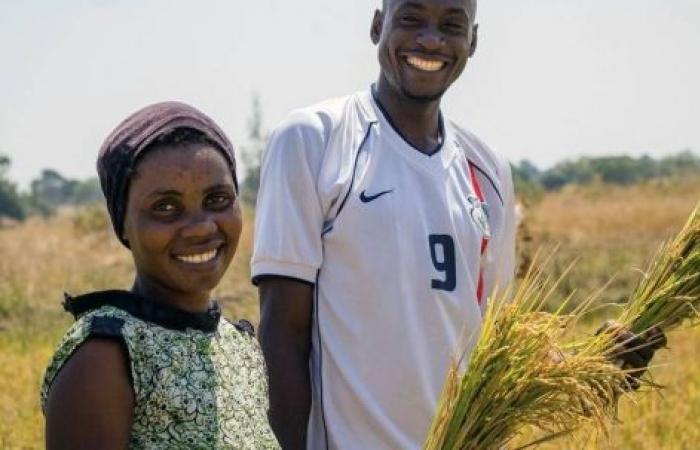 Hind Al Soulia - Riyadh - NEW YORK — Young people are taking a leading role in shaping fair and equitable food systems around the world, senior UN officials affirmed on Tuesday during a global youth dialogue on the theme of “Good Food for All”.

The online discussions, which centered around topics such as agriculture, education and climate change, will serve as direct input to a landmark UN Food Systems Summit, due to be held in September.

More than a plateful

She highlighted how “food is much bigger than what is on your plate”, noting key connections with health, environment and culture.

“This is a complex challenge, but only together will we transform our food systems to be more equitable, inclusive and sustainable and deliver the SDGs by 2030,” she said.

Henrietta Fore, executive director of the UN Children’s Fund, UNICEF, explained why food systems much change on a planet where half of all children do not have access to healthy diets, amid a “worrying increase” in overweight and obesity.

“Too often, food systems put profit over purpose. This places the most nutritious foods often out of reach for many households,” she said.

“Families are forced to turn to heavily marketed and unhealthy alternatives. These may be cheaper and more available. But they also lead to poor nutritional outcomes, threatening children’s development and growth and — in the worst cases — survival itself.”

The UN Food Systems Summit is organized around five “Action Tracks” to foster initiatives on issues such as boosting “nature-positive” food production and shifting to sustainable consumption patterns.

Janya Green from the United States is a youth co-chair on Action Track 1, which covers ensuring access to safe and nutritious food for all. She has been working on community food gardens since she was 12.

“As you all know, hunger worldwide is a huge problem. The number of undernourished people continued to increase in 2019. Even before taking COVID-19 into account, hunger was predicted to rise. If we do not reverse these current trends, the SDG zero-hunger target will not be met,” she warned.

‘The future is youth’

The pandemic has exposed deep-rooted inequities, including in food systems, the UN Deputy secretary-general observed. While young people are among those hit hard by the aftershocks, Mohammed said they have also been resilient, converting challenges into opportunities.

Agnes Kalibata, the UN secretary general's special envoy to the Food Systems Summit, stressed that it would be impossible to hold the event without engaging with youth.

Kalibata, who is from Rwanda, recalled that young people make up 77 percent of the total population in Africa, and around 50 per cent of the global population. “This is about the future”, she said. “The future is youth. The future of our world is our youth.” — UN News

These were the details of the news Young people key to transforming world’s food systems for this day. We hope that we have succeeded by giving you the full details and information. To follow all our news, you can subscribe to the alerts system or to one of our different systems to provide you with all that is new.