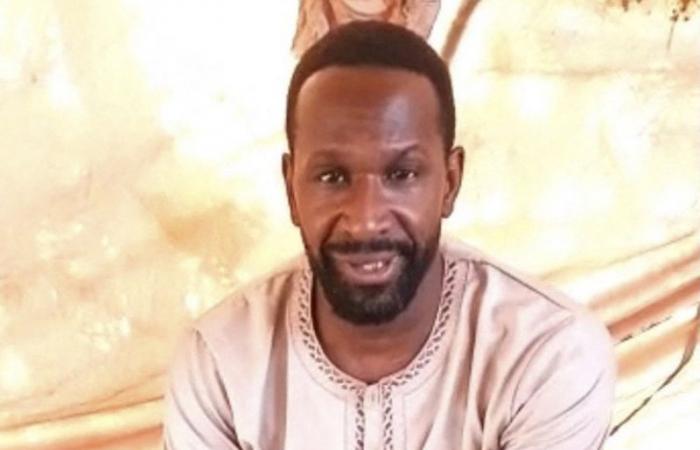 Thank you for reading the news about French journalist says kidnapped by extremists in Mali: video and now with the details

Jeddah - Yasmine El Tohamy - DHAKA: There is a long queue of people waiting outside Asma Akhter Liza’s house in a quaint corner of the Lalmatia residential area of Dhaka, the capital of Bangladesh.

The doors of her house will soon open, and Liza, along with a team of 16 volunteers, will begin dishing out free food to the poor and needy in her neighborhood exactly an hour before sunset when Muslims break their dawn-to-dusk fast with an iftar or an evening meal.

The scene has played on repeat since the first day of Ramadan this year when Liza, 36, continued the “Mehman Khana” — or guest house initiative — which she launched during the pandemic and ensuing lockdown last year.

The aim was to provide hot meals to orphaned children, rickshaw pullers, street vendors and other marginalized sections of society severely impacted by the health crisis.

“We also send nearly 400 food packs to different houses in the area. These were all solvent families, but due to the pandemic, they lost their jobs and source of income and felt too embarrassed to queue up for food,” she added.

On Fridays, the menu includes a beef curry with boiled rice and vegetables.

It costs Liza 50 cents to make each pack, with nearly $500 set aside for the initiative every day.

“I do it with my funds and also through the support offered by some friends and relatives. Sometimes, people from the community help me with basic food items too,” she said, adding that a few businesses had offered to sponsor the initiative. But Liza had other plans: “I don’t want to make it a corporate program with big banners, so I declined their offer.”

Liza, who has been working with underprivileged children at various orphanages for several years, launched her program to feed two dozen street children in Lalmatia.

After losing three of her newborn children “due to health complications,” Liza said she wanted to help other children in need.

“I could see my children in the faces of these helpless street children, which prompted me to initiate this service,” she said.

What began with free meals for 24 street kids soon expanded to 800 people after “so many started approaching me for food.”

However, soon she hit a roadblock due to a severe shortage of funds even as the number of people in need of aid increased every day.

“I couldn’t continue the services for many days, so I cut it down from a daily program to once a week, on Fridays,” she said.

This year, starting from the first week of April, when the government reinforced the coronavirus lockdown, Liza said she decided to reach out to more distressed people during Ramadan.

Supporting her in the initiative are five women and 11 men who help with the food preps and packing from 11 a.m. every day.

“I found out about this initiative through Facebook last year and wanted to join it as a volunteer,” Aeyasha Ferdousi, 39, a primary school teacher from Kustia, 170 km from Dhaka, told Arab News.

“Initially, I would allocate only a few hours of my time. But this year, with schools closed due to the lockdown... I joined Liza full time,” she added.

Ferdousi says Liza’s initiative has had a domino effect, with plans in place to replicate the idea in Kustia.

“I was so moved by the program, and I want to replicate it in my hometown. With experience gained after working with Liza, I think I can manage it without any hassles,” Ferdousi added.

Another volunteer, 19-year-old Syed Sabet Banani, an engineering student from Chottogram, 245 km from Dhaka, is also extending his support for the program.

“During this pandemic, I had nothing to do except sit idle at home. So, I decided to dedicate my time to people most in need of it,” Banani told Arab News.

Some of Mehman Khana’s beneficiaries said the initiative has been a “godsend for all.”

“This iftar saves me at least 50 cents every day. The money I save helps me provide for my family in our village,” Mohammad Ator Ali, 59, a rickshaw puller from Mirpur, told Arab News.

Another rickshaw puller, Yasin Miah, said the food aid program had been a “great help” to many like him who were otherwise worried about sourcing money for a daily meal.

“I don’t get enough passengers in these lockdown days, and my income also decreased. At least now I don’t need to spend any money for iftar,” Miah told Arab News.

Liza said she has vowed to keep the guest house open for as long as the pandemic continues.

“I am really grateful to my husband and in-laws for supporting me in my initiative. I find peace in this and will continue doing it until life gets back to normal,” she said.

These were the details of the news French journalist says kidnapped by extremists in Mali: video for this day. We hope that we have succeeded by giving you the full details and information. To follow all our news, you can subscribe to the alerts system or to one of our different systems to provide you with all that is new.