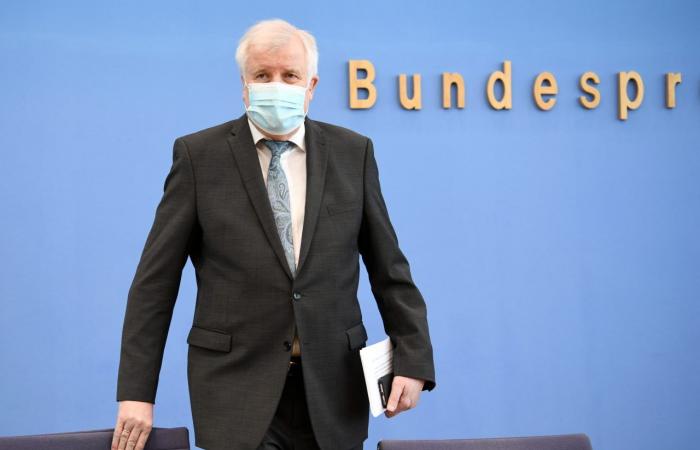 Far-right offences were up nearly six percent from the previous year at 23,064, and accounted for more than half of all politically motivated crimes, the highest level since police started collecting such data in 2001.

“These numbers are very alarming mainly because a trend has been established over the last few years,” he said. “During the pandemic we observed a further polarization of the political discussion.”

Security is emerging as a key political issue ahead of a national election in September. German intelligence fears that far-right activists are trying to exploit public frustration over lockdowns imposed to halt the spread of COVID-19 to incite violence against state institutions.

Recent politically motivated murders include the shooting of nine people in shisha bars by a racist gunman in the western city of Hanau and a knife attack by a Syrian man on a gay couple in Dresden in which one person was killed, Seehofer said.

The 53-year-old suspect, who was arrested during a search of his apartment in Berlin, is accused of sending threats and hate messages over a three-year period to leftist national and regional politicians as well as to a Turkish-German lawyer who represented victims of far-right crimes.

The suspect signed his letters with the acronym “NSU 2.0,” prosecutors said, a reference to the National Socialist Underground (NSU) group blamed for the killings of eight Turks, a Greek and a German policewoman between 2000 and 2007.

These were the details of the news Far-right crime hits record high in Germany for this day. We hope that we have succeeded by giving you the full details and information. To follow all our news, you can subscribe to the alerts system or to one of our different systems to provide you with all that is new.