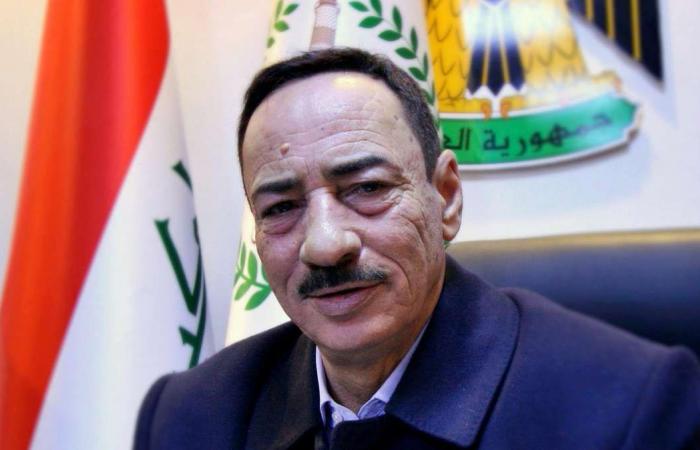 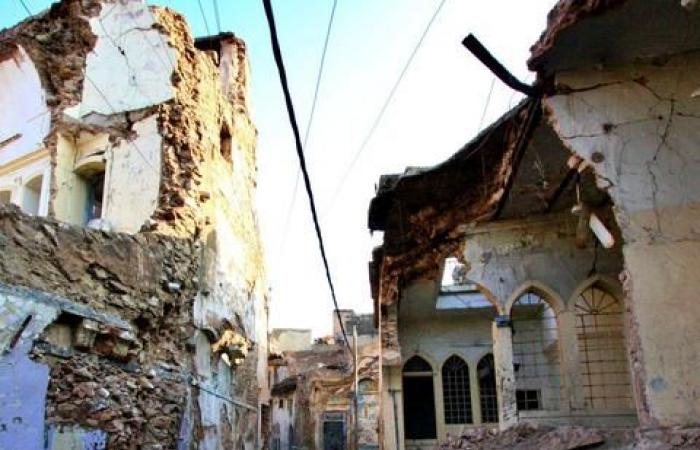 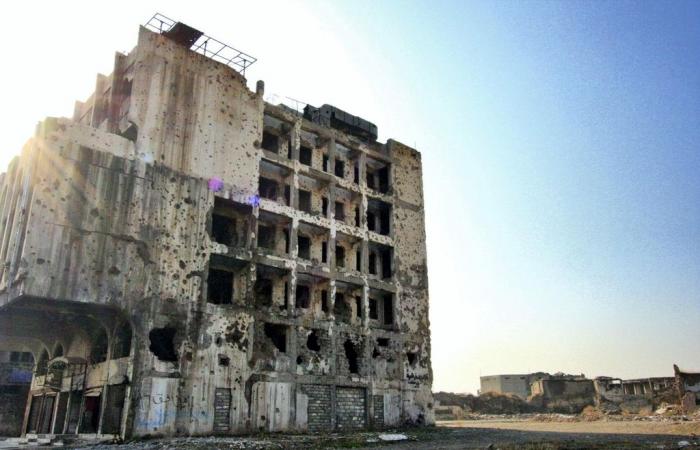 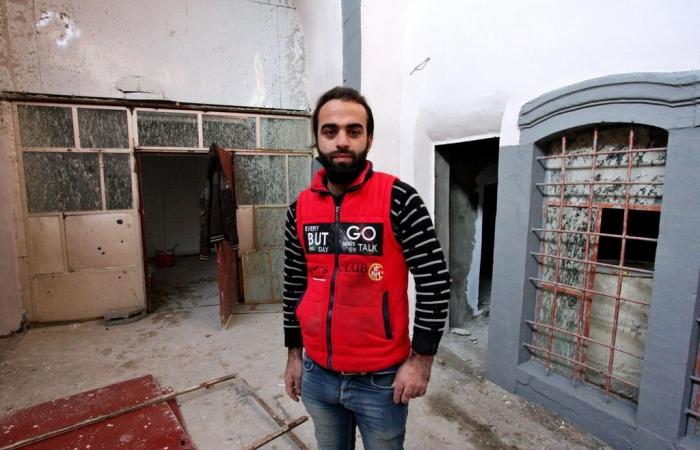 Hind Al Soulia - Riyadh - An excited hum emanates from two rooms filled with people chatting together quietly, a few puffing away on cigarettes, as they eagerly await their scheduled appointments with Mosul’s new governor.

Najm Al Jabouri, the general who led Mosul to victory during the battle against ISIS in 2017, took office last month.

Away from the commotion in the waiting area, Mr Al Jabouri sits calmly in his office as people take turns to approach him, to relay concerns or to ask him for help.

On the streets of the city, the scale of the job in front of Mr Al Jabouri is clear. Although some renovation has started, buildings remain piles of rubble, mechanical innards spill from the mangled cars and the sides of former homes gape wide open.

The city too has been plagued by corruption and residents are fed up with the lack of action by authorities to rebuild their city two years after the end of the war. Mistrust in their leaders only deepens as time goes on. 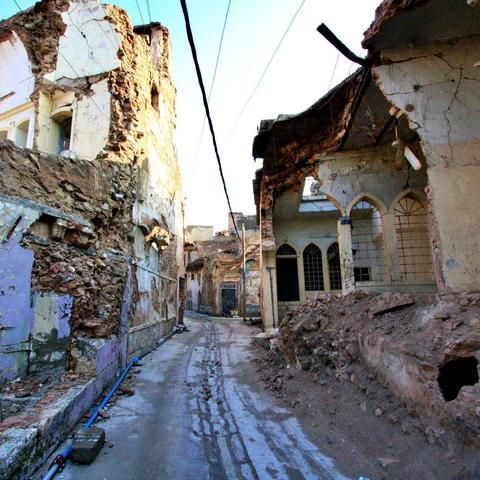 Mr Al Jabouri says he has a plan to revive the shattered city and has started work since taking office on November 24.

“I have a dream to rebuild my city, to see my people live in dignity with the resources they need to live in good conditions,” he told The National. “My dream is to rebuild Mosul into a great city.”

“More than 11,000 police officers have returned to work, and that means 11,000 families have found resources to live on.”

By the end of the month, he says, work will commence across 130 projects to rebuild schools, medical clinics, roads and bridges – critical infrastructure the city’s residents have longed for since the city was liberated two years ago.

Mr Al Jabouri has pledged to bring much-needed stability to the province and is focused on attracting private investment.

But while he is trying to get to work, there is another issue to deal with – the controversy surrounding his appointment.

Critics argue Mr Al Jabouri’s appointment was illegitimate as the Iraqi parliament announced the dissolution of provincial councils at the end of October in a bid to tackle the nationwide anti-government protests. The former governor, Mansour Al Mareed, has also refused to step down, saying that he had no knowledge of the letter that was supposed to convey his resignation.

Despite this, the Nineveh Provincial Council voted to accept Mr Al Mareed’s resignation on November 19 and Mr Al Jabouri was appointed as his replacement five days later.

“The governor previous to Al Mareed was elected while in exile because ISIS was still in control of Mosul at the time,” he says. The same governor, Nawfal Al Akoub, fled the country after an arrest warrant was issued for corruption after a deadly ferry sinking in which he was accused of negligence.

A final decision is due to be made by the Federal Supreme Court of the Iraqi Judicial Council, however this is merely a complementary legal procedure, he says, and has currently been postponed due to the protests in Baghdad.

In a predominantly Sunni Muslim city, previous governor Al Mareed’s close relationships with Shia militias known as the Popular Mobilisation Forces and Iraq’s influential neighbour Iran was not welcomed by residents. By contrast, Al Jabouri was handpicked by the US to lead the offensive in Mosul, boasts a strong relationship with the Kurdistan Regional Government, is a member of a powerful Sunni tribe and is heralded as the local hero by Mosul citizens.

“What’s interesting about Al Jabouri is that while he was commander of operations he was very concerned about the PMF,” says Mansour. This, as others have highlighted, could cause tensions considering the prevalent role the groups play in the province’s security.

Mr Al Jabouri says he is encouraging the PMF to “build bridges” within the community and to coordinate security measures with coalition forces.

ISIS still poses a threat to the area and officials have warned the militants are regrouping in the deserts.

The new governor says he is keen to calm fears and attract international investment. Considering that when ISIS stormed the city, most army and police units simply abandoned their posts and fled, this may be an uphill challenge.

“We have three army divisions and more than 26,000 policemen, as well as tribal forces and, until now, the coalition forces have strongly supported us in Mosul,” he says. “Yes, we are near the border of Syria and Turkey but we have enhanced security forces on the border."

We need Al Jabouri because he’s stronger. He’s supported by the people and he has support from America

But, he points out international help is key as the money provided by Baghdad is a drop in the ocean when it comes to the scale of the destruction.

“We receive $1 billion a year from the central government and this is a very small amount considering the destruction of Mosul. I believe we need more than $15 billion to fix the education sector, health sector and the infrastructure,” he said.

On the streets of the city, Mr Al Jabouri has his backers.

Sitting at the side of the road selling bottles of gasoline to support his family of eight is Mohammad Zaki Abdulrahman. He spent 14 years in the army and before the war he was a lorry driver. He says he is suspicious of the circumstances around Mr Al Jabouri election as governor but believes he is the most capable person to protect Mosul because of his tribal affiliations.

Mohamed El Rahou, 25, who is receiving assistance from a local NGO to rebuild his family’s house, is also optimistic.

“We need Al Jabouri because he’s stronger. He’s supported by the people and he has support from America.”

Mr El Rahou, who is unable to find work, believes the former general is the man to reignite the city’s economy.

In the nearby village of Karemlash, around 20 kilometres from Mosul, Father Thaabit tells The National that Mr Al Jabouri’s local roots instil confidence in the community.

“People didn’t know the old governor, but Mr Al Jabouri is from the area... we believe he will deliver a proper plan to reconstruct the province.”

Mr Al Jabouri too says he believes the city is behind him.

“I feel confident that I have support of people in Mosul. I think because of my history with the people they stand with me. I hope they give me a chance to deliver my dream,” he says.

These were the details of the news Mosul appoints new governor amid acrimony as predecessor refuses to step down for this day. We hope that we have succeeded by giving you the full details and information. To follow all our news, you can subscribe to the alerts system or to one of our different systems to provide you with all that is new. 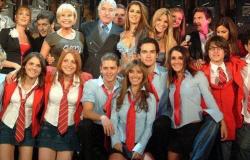