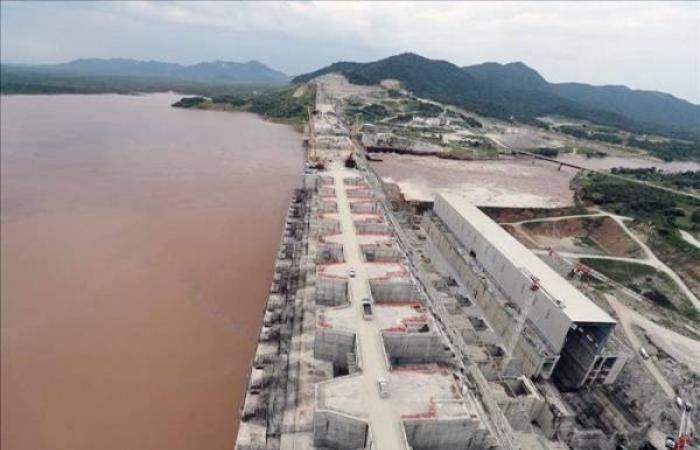 Al-Sadiq described it as a national security issue that would affect the lives of millions of Sudanese on the banks of the Blue Nile and Nile River.

She also warned of the consequences if Addis Ababa took this step without an agreement with Khartoum and Cairo.

Al-Sadiq arrived in the Congo at the end of an African tour that began Thursday, which included Kenya, Rwanda, and Uganda, to explain Sudan's position over the Renaissance Dam.

She also stressed the need to reach a comprehensive and legal agreement between Sudan, Egypt, and Ethiopia regarding filling and operating the dam before next July.

According to the statement, the Congolese President expressed understanding of Sudan's position and its clear demands, as he promised to make efforts to find a solution to the crisis in a way that achieves security and stability in the region.

Ethiopia insists on the second dam filling during the next rainy season in July and August at about 13.5 billion cubic meters, despite Sudan and Egypt's rejection.

The Renaissance Dam located on the Blue Nile, 15 km from the Sudanese border, with a storage capacity of 74 billion cubic meters, and is expected to generate electrical energy of about 6,000 megawatts.

Meanwhile, Egypt is currently studying plans to mitigate "possible" risks of the second filling of the GERD, the Egyptian Ministry of Water Resources and Irrigation announced on Sunday.

"We have four major plans to mitigate the effects of any potential water crisis," the ministry's spokesperson Mohamed Ghanem told Masrawy, stressing that all the scenarios were prepared in the event of "worst possible conditions".

Ghanem added that the ministry had begun implementing a: "Water rehabilitation project of lining 8,200 kilometers at a total cost of £80 billion ($5.1 billion)," noting that the project would allow water flow at the ends of the lands and reduce waste rates.

"Our second risk plan is the maintenance and construction of 92 water mixing and lifting stations that efficiently operate and drain water, especially during high demand peak times," he explained.

The official pointed out that the ministry's third plan was to launch the: "Sahara Al-Mahsama project to discharge one million cubic meters per day, and the Bahr El-Baqar drainage station — the largest in the world treating five million cubic metres per day.

“In addition, the ministry is planning to inaugurate the new Hammam plant that serves all the new Delta projects," Ghanem clarified.

Egypt, Sudan and Ethiopia have long been in dispute over Cairo's fears that the dam could potentially affect its annual share of the Nile River water — the country's main source of clean water. — Agencies

These were the details of the news Sudan rejects Ethiopia's innovation on second Renaissance Dam filling for this day. We hope that we have succeeded by giving you the full details and information. To follow all our news, you can subscribe to the alerts system or to one of our different systems to provide you with all that is new.