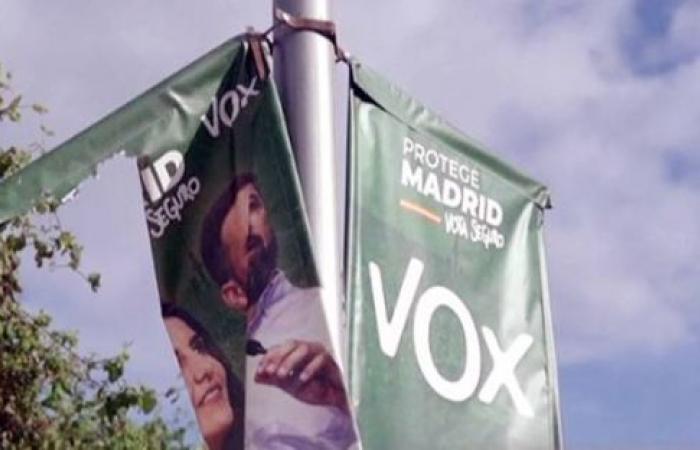 Hind Al Soulia - Riyadh - MADRID — Residents of the Spanish capital are heading to the polls on Tuesday to elect a new regional legislature in a vote likely to exacerbate the country's deep political polarization.

Conservative regional president Isabel Díaz Ayuso of the Popular Party (PP) hopes to not only remain in power but also strengthen her position. Ayuso called the election after her coalition with the liberal Cuidadanos party collapsed.

Polls show her winning the ballot but it remains unclear whether the PP will be able to secure the 69 seats needed to govern alone.

This regional election is seen as decisive not only for the region but the entire country as it will test the recently redrawn Spanish political map and could see the far-right Vox party play a decisive role in the Spanish capital.

A total of 5,112,658 people are expected to vote to fill the regional legislature's 136 seats — four more than during the last election due to an increase in population.

It is the first early election in the history of the region, which will mean that the elected government will stay in power for the remaining two years of the legislature, until 2023.

Ayuso on track to win

Ayuso, 42, has been positioning herself as the main critic of the Socialist (PSOE) government's handling of the COVID-19 pandemic and is running under the slogan "Communism or freedom".

The region has consistently maintained some of the country's loosest restrictions with bars and restaurants allowed to reopen in February. This has seen Ayuso garner significant support among hospitality businesses.

The Spanish capital accounts for nearly a fifth of Spain's 78,216 COVID-19 deaths. Just under 45 percent of beds in its intensive care units are currently occupied by COVID-19 sufferers — nearly double the national average.

Although she is the clear favorite, she is likely to need a junior coalition partner to govern. Her choices are between Vox and former partner Cuidadanos but the latter may not even get enough votes to remain in the regional parliament.

Ángel Gabilondo heads a Socialist party with little appeal that nonetheless hopes to break the PP's 26-year control over the regional legislature by, if needed, replicating the country's ruling coalition between the PSOE and Unidas Podemos.

Leading Podemos's list is Pablo Iglesias, the party's founder, who gave up his role as the country's deputy prime minister to run in a bid to weaken Vox's appeal.

Iglesias is among several left-wing figures to have received death threats in recent week, which Vox has cast doubt on, creating a row.

But instead, Podemos has itself been weakened by the upstart Mas Madrid party, created in part by former Podemos members, and now is polling below the 5 percent needed to enter the legislature.

Conversely, Mas Madrid candidate Monica Garcia has gone from being one of the least known, to potentially surpassing PSOE. Her background as a doctor has given credibility to her criticism of Ayuso's management of the pandemic. — Euronews

These were the details of the news Spanish far-right Vox party expected to enter ruling coalition for this day. We hope that we have succeeded by giving you the full details and information. To follow all our news, you can subscribe to the alerts system or to one of our different systems to provide you with all that is new.