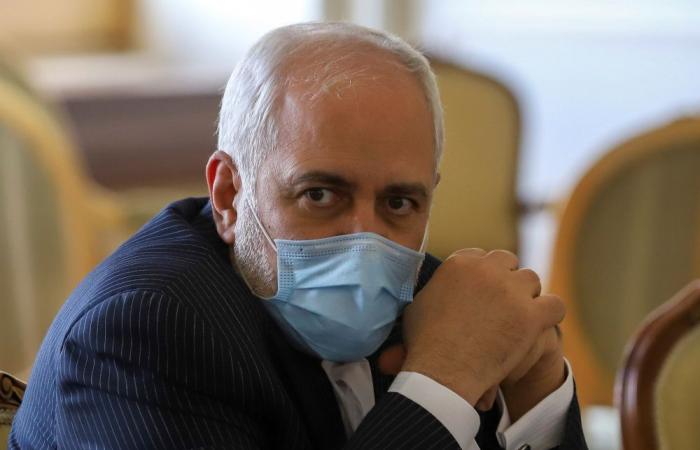 TEHRAN, May 3 — Supreme leader Ayatollah Ali Khamenei Sunday slammed as a “big mistake” remarks by Iran’s foreign minister, a week after audio emerged of the latter bemoaning the military’s influence on diplomacy.

Top diplomat Mohammad Javad Zarif, a long-standing key member of moderate President Hassan Rouhani’s cabinet, made the remarks in a three-hour “confidential” conversation first published by media outlets outside Iran a week ago.

The recording provoked anger from conservatives. But moderates have questioned who stood to gain from the leak, as presidential elections loom and amid pivotal talks seeking to revive a hobbled 2015 nuclear deal between Iran and world powers.

“The country’s policies are made of different economic, military, social, scientific and cultural plans, including foreign relations and diplomacy,” Khamenei said in televised remarks.

Saying “that one part denies the other or contradicts... is a big mistake that must not be perpetrated by officials of the Islamic republic,” the supreme leader added.

Khamenei did not explicitly cite the leaked audio or Zarif’s name, but the comments, in the last few minutes of an hour-long speech, were clearly targeted at the foreign minister.

The supreme leader emphasised that “nowhere in the world is foreign policy devised by the foreign ministry”.

The diplomatic apparatus is only “the executor” of decisions made at higher levels, he said, noting that decisions are made by the Supreme National Security Council.

Khamenei said on Sunday “some of these remarks are a repeat of hostile remarks of our enemies, repeating America’s rhetoric.”

The US and Iran have been at loggerheads for decades, but tensions ratcheted significantly during the administration of president Donald Trump.

Trump three years ago unilaterally abandoned the 2015 nuclear deal between Iran and world powers, imposing biting sanctions which have prompted Tehran to progressively abandon its commitments under the deal.

He also presided over a US air strike last year in Iraq that killed top Iranian general Qasem Soleimani, the commander of the Revolutionary Guards’ foreign operations arm.

Remarks by Zarif on the widely revered Soleimani in the leaked audio have hit a particular nerve among conservatives.

On Sunday, the supreme leader praised the Guards’ external arm for having “realised the Islamic republic’s independent policy in the West Asia region”.

Hours before Khamenei’s speech, Zarif had taken to Instagram to seek forgiveness from Soleimani’s family.

Then, late Sunday, the foreign minister said that Khamenei’s remarks “are the final word and the endpoint for expert discussions.”

“I hope that with the help of God, me and my colleagues will be able to work with one mind and heart alongside other public servants for the perfect implementation of the supreme leader’s orders,” Zarif added.

He said Sunday he was “very sorry” that his “personal views” were published and exploited by Iran’s “ill-wishers” and upset the supreme leader.

The foreign minister had previously described his leaked comments as his “understanding and analysis”.

The leak came as remaining parties to the 2015 nuclear deal — Iran, China, Russia, France, the UK and Germany — were in Vienna seeking to bring the US back on board.

Under President Joe Biden, the US has signalled a willingness to return to the deal and the Vienna talks have sparked cautious optimism, notably from Russia as a third round adjourned this weekend.

President Rouhani, who is approaching the end of his second and final term, on Wednesday said the audio leak was timed so as to sow “discord” in Iran itself, just as the Vienna talks were “at the height of their success”.

Reformist papers in Iran have meanwhile sought to question which faction stood to gain from the leaking of the audio, ahead of presidential elections on June 18.

“If I knew a word of... (my remarks) would be published publicly I would not have said them,” Zarif said early Sunday.

In his speech, Khamenei warned against talking “in a way that would mean we do not accept the country’s policies”.

“We have to be careful about making the enemies happy,” he said. — AFP

These were the details of the news Iran’s Khamenei says remarks by Zarif in audio leak ‘big mistake’ for this day. We hope that we have succeeded by giving you the full details and information. To follow all our news, you can subscribe to the alerts system or to one of our different systems to provide you with all that is new.