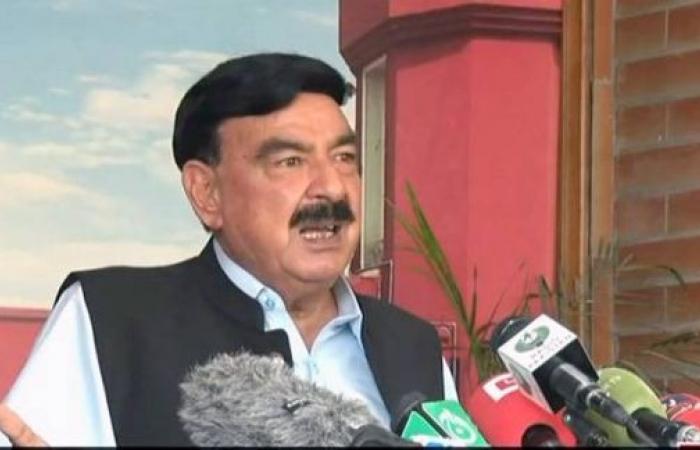 Hind Al Soulia - Riyadh - ISLAMABAD — The Pakistan government is caught between a rock and a hard place following recent events that rocked the nation and made the government walk back on its actions after an ultra-right body Tehreek-i-Labbaik Pakistan (TLP) cadres ran amok without facing any effective resistance from the law enforcers seriously damaging the writ of the state.

With a fresh move by the TLP seeking to reestablish itself — the proscribed outfit on Thursday (April 29) approached the Ministry of Interior to lift the ban imposed on it, according to a report in The News — things could get dicey.

TLP has formally submitted an application to the Interior Ministry in which it has maintained that the party was outlawed on April 15, 2021, over allegations of disturbing peace and interfering in the state’s affairs, which are contrary to the facts.

It has requested the government to review its decision and lift the ban on TLP. Sources in the Interior Ministry, the News reported, verified that an application from the banned religious party has been received.

Furthermore, Minister for Interior Sheikh Rashid Ahmed has summoned a high level meeting on Friday to review the TLP application. The Interior Ministry had banned TLP on the Punjab government’s request.

The recent review request is another move by the TLP in its quest to further the group’s demand for the expulsion of the French ambassador over blasphemous images and the French president’s controversial remarks, that triggered a series of moves prior to last week’s protest drama and the eventual caving in of the government to the TLP demands.

Analysts and experts, both in Pakistan and outside, fear the nation may pay dearly for any concessions or accession to the TLP demands. TLP chief Saad Hussain Rizvi wanted the government to implement the agreement the TLP claimed the ruling set-up had reached with it late last year in November.

The demands included parliamentary approval for severing diplomatic ties with France within three months. But with the government dilly-dallying, the TLP leader’s protest call, to pressure the government to make good on its promise, brought its cadres onto the streets and an eventual standoff in April.

TLP’s series of demonstrations on April 12, blocking major roads in Karachi, Lahore, and Islamabad, brought life to a standstill in Pakistan's big cities. The government retaliated by banning the TLP, declaring it a terrorist organization and arresting its leader, Saad Rizvi.

Undeterred, the militants continued their protests. A TLP mob abducted a dozen security officials from a post in Lahore on April 18. This time the government capitulated and agreed to release the leader of the group. The government also announced it would present a resolution in the National Assembly on the French ambassador's expulsion.

Experts believe that if Pakistan's parliament passes the resolution and expels the ambassador, Pakistan's relations with the European Union will be badly damaged, wrote Nikkei Asia in a report on April 23.

It reflected that one possible European sanction would be to strip Pakistan of its eligibility under the Generalized Scheme of Preferences (GSP), which grants trade preferences to Pakistani exports to the EU.

France is also the headquarters of the Financial Action Taskforce, a global money-laundering watchdog that has placed Pakistan on the "gray" list.

Sending the French ambassador home could harm Pakistan's effort to be removed from the list, especially with the country's status set to be reviewed next at an extraordinary plenary session in June 2021.

Krzysztof Iwanek, head of the Asia Research Center at Warsaw's War Studies University, told Nikkei Asia that normally, the economic benefits of accessing the Pakistani market appear to outweigh the political costs of a diplomatic crisis.

However, he said that it "does not mean there [will] be no reaction. France has asked its citizens to leave Pakistan for now and has canceled the visas of many Pakistani nationals."

Iwanek added that such moves may temporarily and indirectly slow French business discussions with Pakistan. He said that if the issue escalates beyond the expulsion, Paris' reaction might affect the economic domain as well.

Pakistan's economy is struggling, with the International Monetary Fund forecasting economic growth of 1.5% in 2021. Foreign direct investment is thought to be key to reviving the economy.

But expelling the ambassador of a major European country in response to protests by militants will paint Pakistan as anti-Western. Analysts believe this will deter foreign investment in the South Asian country.

If the TLP succeeds in its drive to remove the French ambassador, Pakistan's credibility will suffer, leading to doubts about its ability to enforce its writ when it comes to militants.

France 24 in its April 17 report said that the TLP’s electoral strength has so far been limited. In the 2018 parliamentary elections it won just 2 million votes in a country with a population exceeding 210 million. But the party wields influence through its formidable capacity to mobilize its activists.

“That’s its strength,” Jean-Luc Racine, a specialist in the Indian subcontinent and an emeritus research director at the CNRS think-tank in Paris, said in that report. “The TLP can get a huge quantity of protesters onto the streets and block roads for days.

“The TLP is relatively popular among young people, especially in the Pakistani working class,” Racine said. “That is because the party’s policy platform is not just about changing how Islam is practiced in the country — but also about tackling Pakistan’s socioeconomic inequality. This obviously speaks to young people in precarious positions, who are losing out under the current system.”

“This week’s events show that Pakistani Prime Minister Imran Khan’s government is unable to negotiate with radical movements,” Racine continued. “They’re popular among large sections of the population — so the government finds it difficult to take a firm stance against them.”

Pakistani journalist Zahid Hussain expressed a similar view in the country’s English-language daily Dawn: “The government only managed to postpone the crisis. What has been happening now was inevitable. The way the administration has collapsed in the face of mob violence is alarming to say the least, and underscores how we are failing to deal with rising religious extremism.”

But Racine warned that getting rid of the party would by no means get rid of the movement: “There’s been a repeated phenomenon in Pakistani history in which the government bans radical groups and then they re-emerge in other forms and with other names.”

Khan’s decision to ban TLP demonstrates the tricky line the prime minister has attempted to tread by repeatedly playing to Pakistan’s hard-line base, while also attempting to maintain a relationship with the West.

Even after the government’s decision to ban the group, Khan claimed on Twitter that the ban was because of its “unconstitutional” violent actions in the protests, and not because of its religious agenda.

Aasim Sajjad Akthar, an author and political activist, said there was little reason to believe there was any “political will” to ensure that the ban on TLP would be enforced and that the group would not simply re-emerge under a new name, as has happened on several occasions with other banned militant organizations in Pakistan.

“Over the years the Pakistani state has engaged in high-profile and often indiscriminate ‘counter terrorist’ initiatives but it is widely perceived that selective patronage of some right-wing elements has continued all along,” said Akthar.

As well as a threat to security, the TLP protests have also been seen as a worrying contributor to the deadly COVID surge that is enveloping Pakistan, with more than 6,000 new cases being reported every day.

It is not for the first time that a religiously motivated group has disrupted civic life but what happened in the recent weeks is extremely serious, especially with a group dictating to the government on a sensitive foreign policy matter.

The recent spate of violence has once again brought into question the “experimentation” of the state with ultra-right elements to achieve short-term gains. It may be recalled that followers of TLP were used to de-stabilize the government during the 2017 Faizabad sit-in.

Analysts opine that the state needs to rein-in all these radical groups without any prejudice if the government is serious about tackling the problem of radicalism in Pakistan.

The latest episode is a manifestation of a serious problem related to the rise of a more radical sectarian movement that publicly espouses violence. But it is the government’s responsibility to uphold the rule of law.

The analysts said, the challenge of extremism overall must also be looked at as a significant concern. Religion and its nexus with politics have fueled bigotry. A joint effort is needed by all stakeholders to deal with this rising menace. — Agencies

These were the details of the news TLP moves Pakistan Interior Ministry to lift ban for this day. We hope that we have succeeded by giving you the full details and information. To follow all our news, you can subscribe to the alerts system or to one of our different systems to provide you with all that is new.