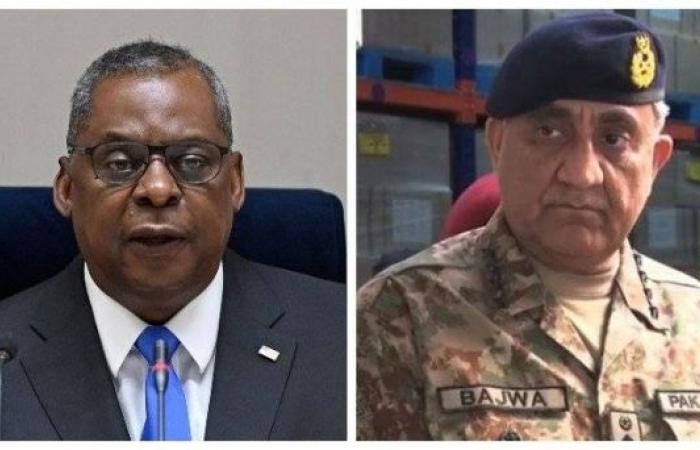 During the call, Secretary Austin reaffirmed the importance of the US– Pakistan bilateral relationship and expressed appreciation for Pakistan’s support for Afghanistan Peace Negotiations. Secretary Austin and Gen. Bajwa also discussed the drawdown in Afghanistan.

Secretary Austin and Gen. Bajwa discussed the importance of regional stability and the desire for the United States and Pakistan to continue working together on shared goals and objectives in the region.

According to a statement released by the Inter-Services Public Relations (ISPR), the media and public relations wing of the Pakistan Armed Forces, Gen. Bajwa said in his talks with Austin that Pakistan will always support the "Afghan led-Afghan Owned" peace process based on the mutual consensus of all stakeholders. He also reiterated that peace in Afghanistan means peace in Pakistan.

The US secretary of defense also acknowledged Pakistan's continuous efforts for peace and stability in the region and pledged to further enhance bilateral relations between both countries, the ISPR said in its statement.


These were the details of the news US defense secretary holds talks with Pakistan army chief for this day. We hope that we have succeeded by giving you the full details and information. To follow all our news, you can subscribe to the alerts system or to one of our different systems to provide you with all that is new.