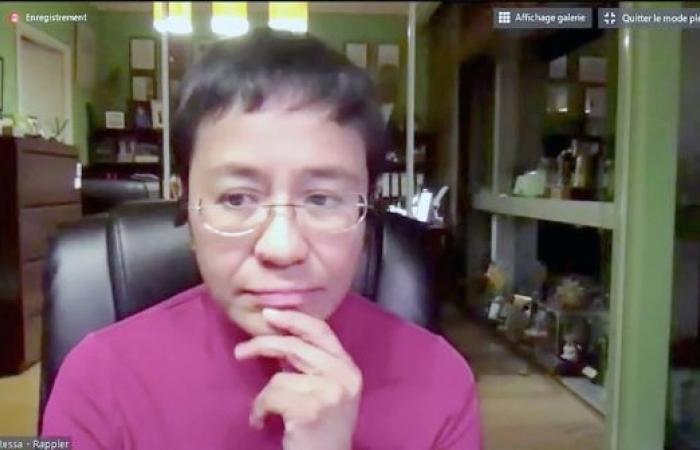 For over three decades, Ressa has been involved in many initiatives to promote press freedom and currently manages the online outlet, Rappler. Her work however, also made her a target for attacks and abuse, UNESCO — the UN agency tasked with defending press freedom — said in a news release.

Ressa was chosen for the UNESCO/Guillermo Cano World Press Freedom Prize following the recommendation of an international jury of media professionals.

“Maria Ressa’s unerring fight for freedom of expression is an example for many journalists around the world. Her case is emblematic of global trends that represent a real threat to press freedom, and therefore to democracy,” Marilu Mastrogiovanni, chair of the Prize’s international jury and an investigative journalist from Italy, said.

The award ceremony will take place on May 2 in Windhoek, Namibia, during the World Press Freedom Day Global Conference. It will be streamed online.

According to UNESCO, Ressa has been arrested for “alleged crimes related to the exercise of her profession”, and has been subject to a sustained campaign of gendered online abuse, threats and harassment, which at one point, resulted in her receiving an average of over 90 hateful messages an hour on Facebook.

The former lead investigative journalist for Asia at CNN and head of ABS-CBN News and Current Affairs, Ressa was also among a group of journalists named as Time Magazine’s person of the year in 2018.

UNESCO’s press freedom prize is named after Guillermo Cano Isaza, the Colombian journalist who was assassinated in front of the offices of his newspaper El Espectador in Bogotá, Colombia, on Dec. 17, 1986.

The $25,000 Prize recognizes outstanding contributions to the defense or promotion of press freedom, especially in the face of danger.

It is funded by the Guillermo Cano Isaza Foundation (Colombia), the Helsingin Sanomat Foundation (Finland) and the Namibia Media Trust.

Information as a public good

Hosted by UNESCO and the Government of Namibia, the 2021 World Press Freedom Day Global Conference will be held from April 29 to May 3 under the theme of information as a public good, and will focus on topics such as transparency of online platforms and the importance of media and information literacy.

The conference will also tackle ways to promote and support independent media struggling to survive a crisis worsened by the COVID-19 pandemic, at a time when national and local media everywhere face financial instability and other pressures threatening their survival and their journalists’ jobs. — UN News

These were the details of the news Filipino investigative journalist to receive UN press freedom prize for this day. We hope that we have succeeded by giving you the full details and information. To follow all our news, you can subscribe to the alerts system or to one of our different systems to provide you with all that is new.