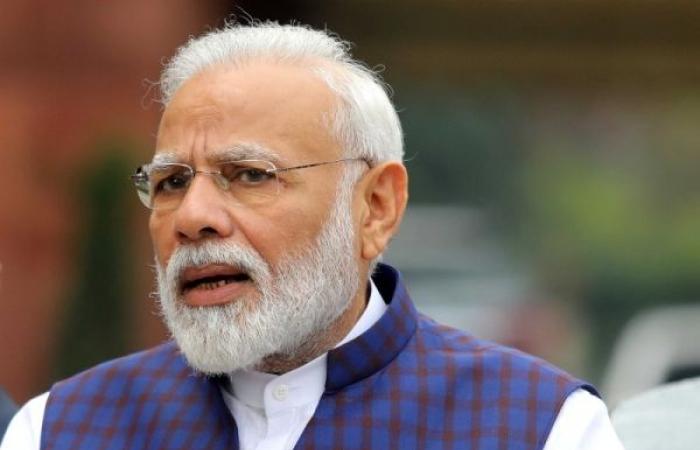 The 80-year-old was undergoing treatment for the virus when she died in hospital, PTI said.

"Our aunt Narmadaben was admitted to the civil hospital some ten days ago after her condition deteriorated following coronavirus infection," said Modi's younger brother, Prahlad Modi, according to PTI. "She breathed her last at the hospital today," he added.

The prime minister, who has yet to publicly comment on his aunt's death, has been heavily criticized in recent weeks over his handling of India’s coronavirus crisis — currently the world's worst outbreak.

Modi’s Bharatiya Janata Party (BJP) has continued to hold rallies for municipal elections in spite of surging coronavirus cases across India. Campaigning for municipal elections is underway in southern Telangana state, with images posted by the official BJP Telangana account on Monday showing crowds of people gathered at rallies in Greater Warangal Municipal Corporation — with many of them not wearing masks or adhering to social distancing guidelines.

Earlier this month, the Indian government attempted to assuage criticism of Modi by asking social media networks including Twitter and Facebook to remove around 100 posts critical of Modi's Covid-19 response.

A record 360,960 new cases were recorded by health authorities on Tuesday, making it the seventh consecutive day of more than 300,000 new cases being recorded. — CNN

These were the details of the news Indian prime minister’s aunt dies from COVID-19 for this day. We hope that we have succeeded by giving you the full details and information. To follow all our news, you can subscribe to the alerts system or to one of our different systems to provide you with all that is new.

PREV UN chief calls on all parties to 'immediately cease' fighting in Gaza and Israel
NEXT Public service in the US: Increasingly thankless, exhausting