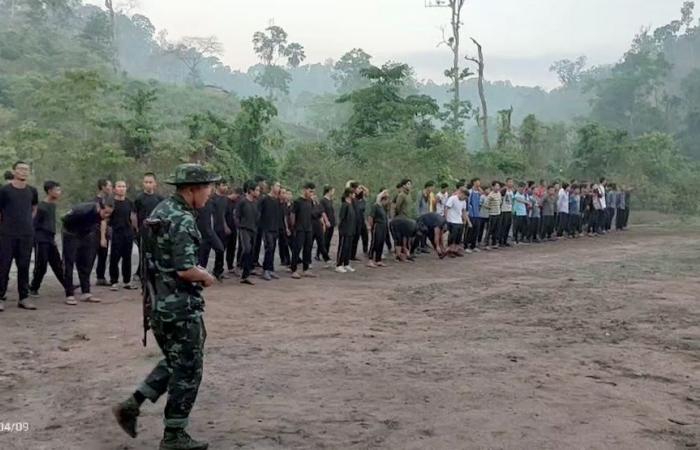 Hello and welcome to the details of Youths in black: Myanmar protesters train to fight junta and now with the details

YANGON, April 27 — Chanting in Burmese their readiness to fight “for the people”, around 120 youths jogged around a muddy forest clearing in the morning light in a video released by a group that has proclaimed itself a new fighting force against Myanmar’s military junta.

A founder of the group, Mon Mon, said her United Defense Force was made up of protesters against the February 1 coup who had fled crackdowns in which hundreds of demonstrators have been killed by security forces.

The handout images, published by Reuters, are among the first that appear to show former protesters getting training from ethnic armies in Myanmar’s borderlands — a sign of the deepening crisis in the country of 53 million people.

“We are here to attend military training for three months and we all have one goal, the revolution,” Mon Mon told Reuters. “Most here are in their 20s, the students. Some are adults around 35 years old, 40 years old, but many are Generation Z.”

Reuters was unable to independently verify the details of the make-up of the recently formed group.

Myanmar’s army did not respond to a request for comment. It has previously described protesters seeking the restoration of the civilian government led by Nobel laureate Aung San Suu Kyi as rioters who threaten national security.

Mon Mon, said the group currently undergoing training included about 250 people, 20 of them women, but the organisation had around 1,000 people across Myanmar.

She said the training was taking place currently in an area held by the Karen National Union (KNU), one of some two dozen ethnic armed organisations which have been fighting for greater autonomy for decades on Myanmar’s fringes.

The KNU’s head of foreign affairs, Padoh Saw Taw Nee, told Reuters he could neither confirm nor deny whether training was being given there.

Fighting erupted early today near the Thai border and the KNU said its forces had overrun an army post there. The army did not comment.

Mon Mon said many of those getting military training were from the front lines of the protests, in which youths carrying makeshift shields and armed with catapults and airguns have confronted soldiers equipped with battlefield weapons.

The video images show only exercises and classroom lessons, not weapons training. Most of the recruits are dressed in black. They are drilled by men in combat fatigues.

“What are you doing?” the youths can be heard chanting “We are training”,”Why are you doing it?”,”To fight”,”For whom?”,”For the people.”

Mon Mon’s eldest son was among the first 15 to be trained, she said, describing training periods from 10 days to three months so that some would return to safe houses to begin actions against the army.

“For 10 days training, it is very basic training. They will know how to assemble and disassemble and will get to shoot three bullets,” she said.

The group would not be big enough to operate independently so would need to cooperate with ethnic armed groups or the National Unity Government set up by the junta’s civilian rivals, she said.

The National Unity Government did not respond to a request for comment. It has said it will form a new federal army.

“We are going to fight the system not for a party or an individual,” Mon Mon said, referring to the resistance against the military’s decades-long domination of the country.

At least 750 civilians have been killed by security forces since the coup, according to the Assistance Association for Political Prisoners activist group. South-east Asian leaders met junta leader Min Aung Hlaing at the weekend and said they had consensus to end the violence. Suu Kyi remains in detention, accused of breaking a national security law, among other charges. — Reuters

These were the details of the news Youths in black: Myanmar protesters train to fight junta for this day. We hope that we have succeeded by giving you the full details and information. To follow all our news, you can subscribe to the alerts system or to one of our different systems to provide you with all that is new.