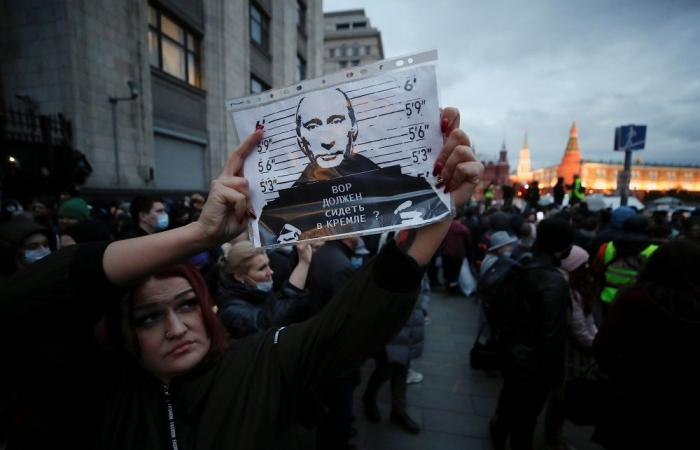 The order came as a court began considering whether to designate Navalny’s Anti-Corruption Foundation (FBK) and his regional offices as extremist organisations, putting them on par with the Islamic State group and Al-Qaeda and banning them in Russia.

In a statement, the Moscow prosecutor’s office said it ordered Navalny’s nationwide network to stop working while the court deliberated the extremist designations.

“This is a huge blow to all of us,” Navalny’s team posted on Instagram, saying regional offices would stop operations immediately.

“It would be too dangerous for our employees and for our supporters” to continue working “as usual”, his Moscow office said in a statement.

It promised, however, that his allies would continue fighting corruption, the ruling United Russia party and Putin “in a personal capacity”.

Germany swiftly condemned the suspension order, with Chancellor Angela Merkel’s spokesman Steffen Seibert saying that “using the instruments of fighting terror against politically undesirable opinions is in no way compatible with the principles of the rule of law”.

Amnesty International slammed the ruling, saying “the audacity and scale of this cynical attack are unprecedented”.

“The objective is clear: to raze Alexei Navalny’s movement to the ground while he languishes in prison,” the rights group said in a statement.

Navalny, Putin’s best known critic, has for a decade campaigned against corruption among officials and called on the president to resign.

Prosecutors this month said they requested the extremism label for Navalny’s groups because they were destabilising the country and working to alter “the foundations of the constitutional order”.

If designated as extremist, members of the groups could face lengthy prison sentences if they continue working.

Navalny’s allies had already faced routine police searches and arrests for their activism, with pressure building after the Kremlin critic returned to Russia in January from Germany where he had been recovering from a poisoning attack he blames on Putin.

The 44-year-old was arrested on his return and is now serving two-and-a-half years in a penal colony east of Moscow for violating parole terms on old fraud charges he says are politically motivated.

He has complained of conditions that he equates to torture, and a court in the Vladimir region where he is being held told the Interfax news agency Monday that his defence team has filed lawsuits against the penal colony.

It said one demand was that officials remove his flight risk classification, which Navalny has said means he is woken up every hour through the night.

The opposition figure says he has also been denied adequate medical treatment for severe back pain and numbness in his limbs. Last week he ended a 24-day hunger strike after he was examined at a civilian hospital.

Western governments have supported calls for Navalny to be released from jail and provided with medical care.

In a phone call with Putin on Monday, French President Emmanuel Macron told the Russian leader he was “deeply worried” about Navalny’s health and also about “respect for his fundamental rights”.

Since his return to Russia, most of Navalny’s top allies have been placed under house arrest or have left the country, with several announcing publicly they were quitting FBK after prosecutors requested the extremism tag.

FBK routinely releases investigations into alleged graft by officials at all levels of government, often accompanied by YouTube videos.

The group published its most notable probe after Navalny was arrested, accusing Putin of being given a luxurious property on the Black Sea coast as a gift.

Navalny had staked out a parliamentary vote in September as his next target, with a poll by the independent Levada Centre last month predicting that deeply unpopular United Russia would win only 21 per cent of the vote. — AFP

These were the details of the news Russia orders Navalny groups to suspend activities for this day. We hope that we have succeeded by giving you the full details and information. To follow all our news, you can subscribe to the alerts system or to one of our different systems to provide you with all that is new.