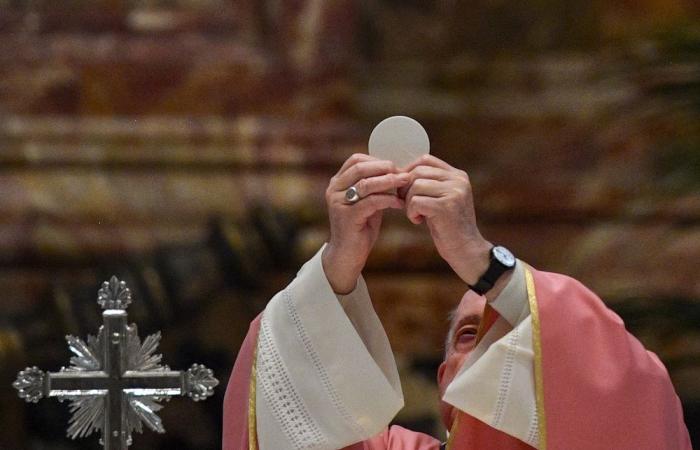 Hello and welcome to the details of Latest Mediterranean migrants tragedy a time for shame, pope says and now with the details

VATICAN CITY, April 25 — Pope Francis said today that “now is the time for shame” after 130 migrants were feared dead in the Mediterranean and a UN organisation accused states of not responding to distress calls.

Merchant vessels and a charity ship searching the Mediterranean for boats with migrants found 10 bodies floating near a capsized rubber boat in international waters near Libya believed to have had 130 people on board, French humanitarian organisation SOS Mediterranee said on Friday.

“I confess to you that I am very pained over yet another tragedy in the Mediterranean,” Francis said to hundreds of people in St. Peter’s Square for his weekly blessing.

“They are people. They are human lives who for two entire days begged in vain for help, a help that never arrived. Brothers and sisters, let us all question ourselves over this, yet another tragedy. Now is the time for shame,” he said.

The civilian hotline Alarm Phone had reported three boats were in distress on Wednesday, prompting SOS Mediterranee to launch a search.

Safa Msehli, a spokesperson for the UN International Organisation for Migration (IOM), said on Friday that “states stood defiant and refused to act to save the lives of more than 100 people”.

The pope asked for prayers for all migrants who die at sea as well as for “those who can help but prefer to look the other way. Let us pay in silence for them.”

Libya, divided by civil conflict for years, is a major route for migrants seeking to reach Europe.

The IOM said the latest deaths would bring the tally for the central Mediterranean route to close to 500 people this year, more than triple the toll for the same period of 2020. — Reuters

These were the details of the news Latest Mediterranean migrants tragedy a time for shame, pope says for this day. We hope that we have succeeded by giving you the full details and information. To follow all our news, you can subscribe to the alerts system or to one of our different systems to provide you with all that is new.