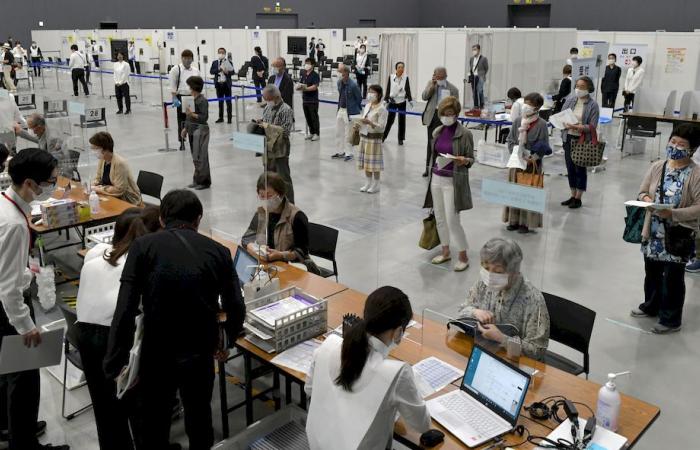 Hello and welcome to the details of Japan to open large vaccination centres in Tokyo, Osaka, report media and now with the details

TOKYO, April 25 — The Japanese government is planning to open large vaccination centres in Tokyo and Osaka in the coming weeks in a bid to speed up its inoculation drive, local media reported today.

The Nikkei newspaper said today the government will open a vaccination site in central Tokyo as early as May that will be able to vaccinate around 10,000 people a day.

The site will be open to anyone living and working in Tokyo, the paper said, adding that medically trained staff from Japan’s Self-Defense Forces will also assist with vaccinations in such centres.

While Japan has avoided an explosive spread of the virus experienced by many countries, the government has come under sharp criticism for its sluggish vaccination roll-out, which has been handled mostly by municipal authorities. Only about 1 per cent of its population has been vaccinated, according to a Reuters tracker.

A recent surge in infections driven by the spread of a variant has also stoked alarm and there is a critical shortage of medical staff and hospital beds in some areas.

Japan only started vaccinating its sizable elderly population this month and health experts say it may take till the winter or longer for most of the general populace to get access to shots.

Health Minister Norihisa Tamura said today if the government was able to secure enough vaccines to inoculate the elderly by the end of July, vaccinations for those under 65 could start that month, according to a Kyodo report.

Japan’s third state of emergency in Tokyo, Osaka and two other prefectures began today, affecting nearly a quarter of the population as the country attempts to combat the surge in cases three months before the Tokyo Olympics is set to open.

These were the details of the news Japan to open large vaccination centres in Tokyo, Osaka, report media for this day. We hope that we have succeeded by giving you the full details and information. To follow all our news, you can subscribe to the alerts system or to one of our different systems to provide you with all that is new.