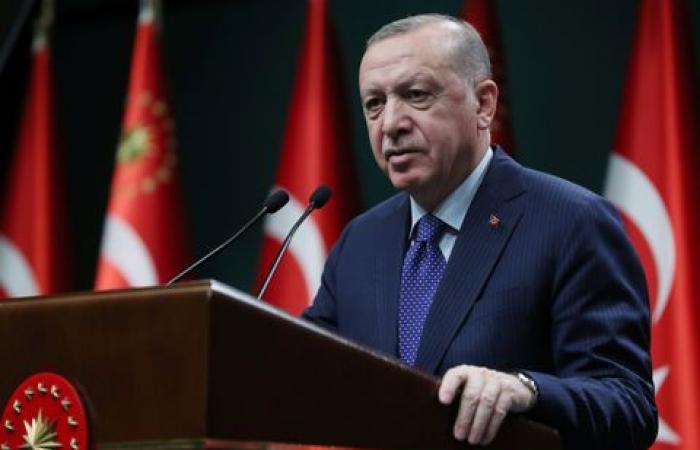 Mohamed Nass - Cairo - US President Joe Biden on Friday told Turkish President Tayyip Erdogan that he intends to recognize the 1915 massacres of Armenians in the Ottoman Empire as genocide, sources familiar with the conversation told Reuters, a potential further blow to the already frayed ties between the two NATO allies.

The much-anticipated first phone call between the two leaders took place more than three months after Biden’s Jan. 20 inauguration, a delay that is widely seen as a cold shoulder to Erdogan, who had enjoyed close ties with former president Donald Trump.

The call was also a day before Armenian Remembrance Day when Biden is expected to break away from decades of carefully calibrated White House statements that had previously described the events during World War One as “Metz Yeghern” (great evil).

Neither the White House statement on the phone call nor the account provided by the Turkish presidency made any mention of the issue.

“President Biden spoke today with Turkish President Recep Tayyip Erdogan, conveying his interest in a constructive bilateral relationship with expanded areas of cooperation and effective management of disagreements,” the White House said in a statement.

It said the two leaders agreed to meet on the margins of the NATO summit in June to have a wider conversation about their two countries’ relations.

A statement from the Turkish presidency said Biden and Erdogan agreed on “the strategic character of the bilateral relationship and the importance of working together to build greater cooperation on issues of mutual interest.”

Ties between Ankara and Washington have been strained over a host of issues, from Turkey’s purchase of Russian S-400 defense systems – over which it was the target of U.S. sanctions – to policy differences in Syria, human rights and legal matters.

Erdogan had established a close bond with Trump, but since Biden took over, Washington has grown more vocal about Turkey’s human rights track record. It has also stood firm on its demand that Ankara get rid of the Russian defense systems.

These were the details of the news Biden told Erdogan he plans to call 1915 massacres of Armenians genocide -sources for this day. We hope that we have succeeded by giving you the full details and information. To follow all our news, you can subscribe to the alerts system or to one of our different systems to provide you with all that is new.