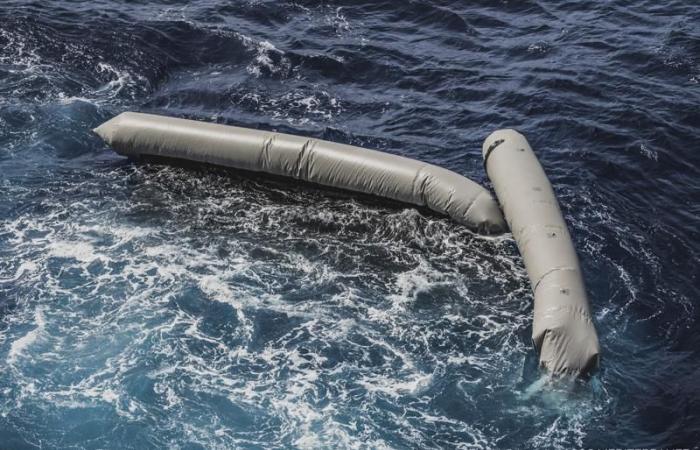 Mohamed Nass - Cairo - CAIRO (AP) — More than 100 Europe-bound migrants are feared dead in a boat wreck off Libya, independent rescue groups and the U.N. migration agency said, as attempts to cross the Mediterranean increase during the warmer months.

Humanitarian organizations have accused the Libyan coast guard and European authorities of failing to meet their responsibilities to save lives. A Libyan coast guard official told The Associated Press that the guard searched for the boat but could not find it with its limited resources.

SOS Mediterranee, which operates the rescue vessel Ocean Viking, said late Thursday that the capsized rubber boat, which was initially carrying around 130 people, was spotted in the Mediterranean Sea northeast of the Libyan capital ofTripoli. The aid vessel did not find any survivors, but could see at least 10 bodies near the wreck.

“We think of the lives that have been lost and of the families who might never have certainty as to what happened to their loved ones,” it said in a statement.

The migrant traffic has raised the question among European Union countries and Libya over who is responsible for saving those at sea.

SOS Mediterranee said that those missing will likely join the 350 people who have drowned in the sea so far this year. It accused governments of failing to provide search and rescue operations.

In the years since the 2011 NATO-backed uprising that ousted and killed longtime dictator Moammar Gadhafi, war-torn Libya has emerged as the dominant transit point for migrants fleeing war and poverty in Africa and the Middle East. Smugglers often pack desperate families into ill-equipped rubber boats that stall and founder along the perilous central Mediterranean route.

The International Organization for Migration said that this would be the largest loss of life in the central Mediterranean since the beginning of 2021. In a statement Friday, the IOM said that at least 300 other people have drowned or gone missing in the central Mediterranean so far this year, describing it as a significant increase compared to the same period last year.

“These are the human consequences of policies which fail to uphold international law and the most basic of humanitarian imperatives,” tweeted Eugenio Ambrosi, chief of staff of the International Organization for Migration.

Alarm Phone, a crisis hotline for migrants in distress in the Mediterranean, said that it had been in contact with the boat in distress for nearly 10 hours before it capsized. Alarm Phone said in a statement that it had notified European and Libyan authorities of the GPS position of the boat but only non-state rescue groups actively searched for it.

Alarm Phone accused European authorities of refusing to coordinate a search operation, leaving it solely in the hands of the Libyan coast guard.

Libyan coast guard spokesman Masoud Ibrahim Masoud said that his agency mounted a serious effort. “We coordinated the search operation,” he told The Associated Press. “The ships kept searching in the sea for more than 24 hours but the waves were very rough.”

Masoud said that around noon Wednesday, the coast guard received two rescue alerts from two rubber boats in distress to the east of Tripoli. A patrol vessel was immediately dispatched and rescued 106 migrants, including women and children, who were aboard one of the two boats, he said. Two bodies were pulled out of the water near the capsized boat. He said the same coast guard vessel continued to search, but visibility was low and seas rough. He said the vessel eventually returned to port so that the other migrants onboard could receive medical attention.

In the meantime, he said Libyan authorities asked three merchant ships and Ocean Viking to look for the missing rubber boat, until the Libyan patrol vessel could join them again.

In recent years, the European Union has partnered with Libya’s coast guard and other local groups to stem such dangerous sea crossings. Rights groups, however, say those policies leave migrants at the mercy of armed groups or confined in squalid detention centers rife with abuses.

Massoud said that the EU support is not sufficient.

Image: Debris from a dinghy which was supposedly carrying over 100 migrants are seen floating in the Mediterranean Sea northeast of the Libyan capital, Tripoli, Thursday, April 22, 2021. SOS Mediterranee, which operates the rescue vessel Ocean Viking, said late Thursday that the wreck of a rubber boat, which was initially carrying around 130 people, was spotted in the Mediterranean Sea. The aid vessel did not find any survivors, but could see at least ten bodies near the wreck, the group added in a statement. (Flavio Gasperini/SOS Mediterranee via AP)

These were the details of the news 130 Europe-bound migrants feared dead off Libyan coast for this day. We hope that we have succeeded by giving you the full details and information. To follow all our news, you can subscribe to the alerts system or to one of our different systems to provide you with all that is new.