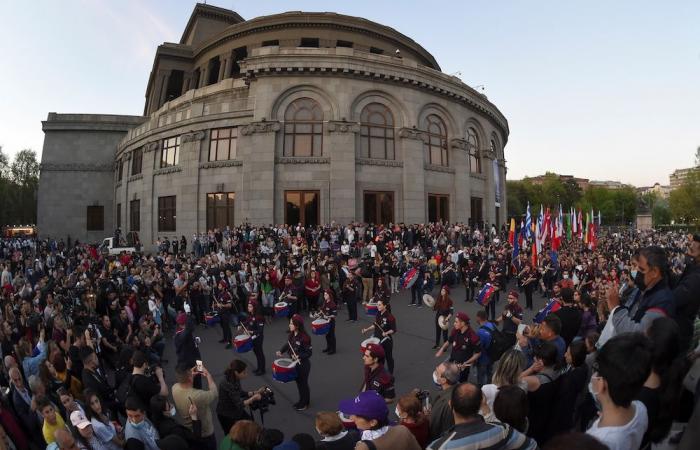 Hello and welcome to the details of In landmark step, Biden expected to recognise Armenian genocide and now with the details

WASHINGTON, Apr 24 — US President Joe Biden is expected today to take the landmark step of recognising the World War I-era Armenian genocide, a day after he spoke to the leader of Turkey which has fought furiously for decades against such a declaration.

Today marks the 106th anniversary of the waning Ottoman Empire’s mass killings of hundreds of thousands of Armenians, whose descendants have pressed hard for the world to describe the massacres as genocide — a label adamantly rejected by Turkey.

Biden, who took office in January vowing a new focus on human rights, spoke for the first time as president with his counterpart Recep Tayyip Erdogan yesterday on the eve of the expected announcement.

A White House statement on the phone call said only that Biden urged a “constructive bilateral relationship with expanded areas of cooperation and effective management of disagreements.”

Erdogan on Thursday told advisors “to defend the truth against those who back the so-called ‘Armenian genocide’ lie.”

But in a potential sign that the two leaders want to avoid further deterioration of relations, the White House said that Biden and Erdogan would meet when they are in Brussels in June for a NATO summit.

Erdogan also participated Thursday in a virtual summit called by Biden on climate change even as congressional allies of Biden made public the president’s plans on the genocide recognition.

A Turkish statement on the call similarly stressed the positive, saying Erdogan and Biden agreed on “the importance of working together.”

Biden, who during his decades as a senator forged close relations with the Armenian-American and Greek-American communities, promised during his presidential campaign to recognise the Armenian genocide.

Speaking in a statement on April 24, 2020 as a presidential candidate, Biden said: “If we do not fully acknowledge, commemorate, and teach our children about genocide, the words ‘never again’ lose their meaning.”

Turkey insists that the killings and expulsions of ethnic Armenians in what was then the Ottoman Empire were not genocide but a result of the wider conflict in World War I.

Turkish pressure has not stopped some major countries, such as France and Germany, from declaring the episode to have been genocide, but many states have held back from fully official recognition.

US recognition would be a massive victory for campaigners. Despite decades of lobbying by the Armenian-American community, successive US presidents have skirted the controversy out of worry about a rupture with NATO ally Turkey.

“If the United States wants to worsen ties, the decision is theirs,” he said.

Aram Hamparian, executive director of the Armenian National Committee of America, said that Biden would be “effectively ending the longest lasting foreign gag-rule in American history.”

“This principled stand represents a powerful setback to Turkey’s century-long obstruction of justice for this crime, and its ongoing hostility and aggression against the Armenian people,” he said.

He voiced hope for greater US alignment against Turkish-backed Azerbaijan, which last year won back swathes of territory controlled by Armenia since a war in the 1990s.

Biden has kept Erdogan at arm’s length — a contrast with former president Donald Trump, whom the Turkish leader reportedly found so amenable that he would call Trump directly on his phone on the golf course without aides.

Before entering office, Biden described the Islamist-oriented leader as an autocrat and called for support to the opposition.

The Biden administration has criticized Erdogan aides over homophobic statements — but has turned to Turkey for diplomatic efforts in seeking a peace agreement in Afghanistan.

Tensions have risen with Turkey in recent years over its purchase of a major air defense system from Russia — the chief adversary of NATO — and its incursions against US-allied Kurdish fighters in Syria.

The US Congress in 2019 voted overwhelmingly to recognize the Armenian genocide but the Trump administration made clear that nothing had changed.

Former president Barack Obama, under whom Biden served as vice president, danced around the issue by referencing pre-election statements he made recognising the genocide and resisted calls for a statement on the centennial in 2015. — AFP

These were the details of the news In landmark step, Biden expected to recognise Armenian genocide for this day. We hope that we have succeeded by giving you the full details and information. To follow all our news, you can subscribe to the alerts system or to one of our different systems to provide you with all that is new.

PREV Israel vows to restore calm in Jerusalem as flashpoint court date postponed
NEXT S.Korea’s Moon says ‘time to take action’ on N.Korea ahead of summit with Biden