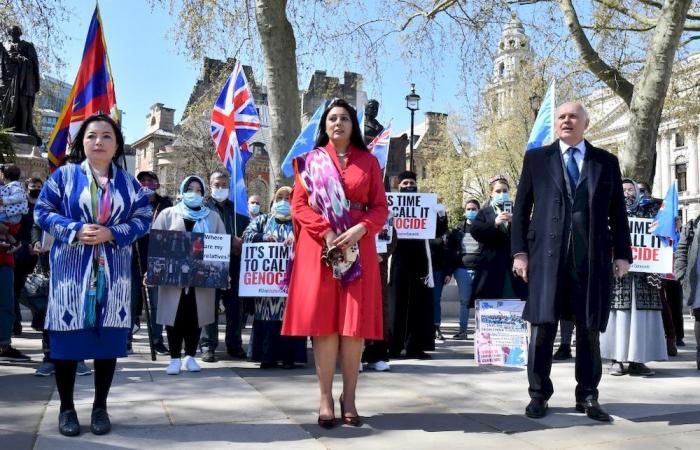 LONDON, April 23 — Beijing today criticised British MPs after they approved a symbolic parliamentary motion declaring that Uyghur Muslims in China were “suffering crimes against humanity and genocide”, calling the accusations a “big lie”.

Although the motion, approved late yesterday, is non-binding and does not require the government to act, it is a further indication of the hardening stance of Britain’s parliament towards China over the treatment of Uyghurs in the Xinjiang region.

The Chinese government responded by saying that “the so-called genocide in Xinjiang is a big lie concocted by international anti-China forces.

“The Chinese government and the people of all ethnic groups in Xinjiang firmly oppose and strongly condemn such allegations,” Zhao Lijian, spokesman of China’s Ministry of Foreign Affairs, told AFP in a statement.

“UK’s own problems are already enough,” he added. “These British MPs should mind their own business and do more for their own constituents.”

The motion was brought by Conservative former minister Nus Ghani, one of five MPs sanctioned by Beijing for criticising it over the treatment of the Uyghurs.

The British government has said it is “committed to taking robust action in respect of Xinjiang,” but has stopped short of invoking the term “genocide”, arguing only UK courts can make that legal definition.

Former Conservative Party leader Iain Duncan Smith, who has also been sanctioned by China, called it a “historic moment.”

“Even though the government maintains that only a court can determine genocide, parliament has chosen to disregard that and vote itself.

“This puts the UK parliament in line with Holland, Canada and the US.”

British junior foreign minister Nigel Adams in February said that a BBC report into the treatment of the Uyghurs revealed “clearly evil acts”.

In a lengthy investigation based on witness testimonies, the BBC reported allegations of systematic rape, sexual abuse and torture of women detainees by police and guards in the western region.

Ghani said that colleagues had been “reluctant to use the word genocide” but added “there is a misunderstanding that genocide is just one act — mass killing. That is false.”

Instead, genocide concerns intent to “destroy in whole or in part” a national, ethnic, racial or religious group, she said, arguing that the definition was applicable to China.

“While we must never misuse the term genocide, we must not fail to use it when it’s warranted.”

Up to one million Uyghur Muslims are estimated by rights groups to have been detained in internment camps.

The EU, US, Canada and Britain have all imposed sanctions on Chinese officials allegedly involved in rights abuses.

The US has described the situation as genocide and banned all cotton from Xinjiang. Australia’s parliament is considering a similar move. — AFP

These were the details of the news UK MPs anger Beijing by declaring ‘genocide’ in Xinjiang for this day. We hope that we have succeeded by giving you the full details and information. To follow all our news, you can subscribe to the alerts system or to one of our different systems to provide you with all that is new.