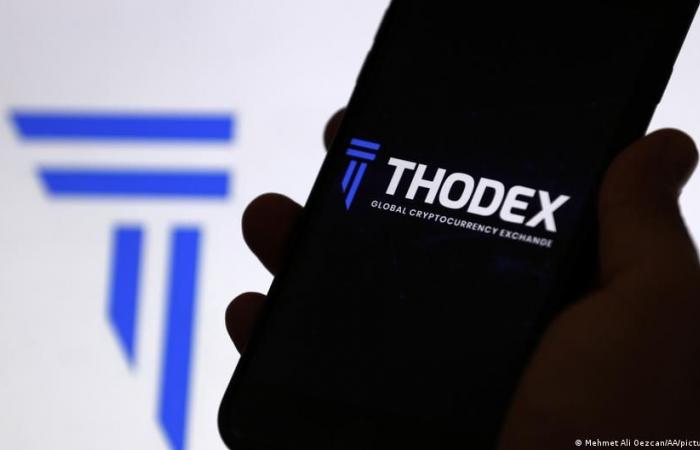 You are now following the details of the Turkish cryptocurrency platform founder vanishes, fraud suspected news and now we leave you with the details

Mohamed Nass - Cairo - Prosecutors in Istanbul on Thursday launched a probe into Turkish cryptocurrency exchange platform Thodex after its founder shut down its site and reportedly fled the country with as much as $2 billion (€1.7 billion) in investors’ assets.

Thodex had posted a statement on its website saying it would be closed four to five days because of an unspecified potential outside investment.

Soon thereafter, Turkish cryptocurrency traders filed thousands of criminal complaints against Thodex after they were unable to access their accounts or withdraw their money deposited with the company.

Istanbul’s Public Prosecutor’s Office said Thodex had led to the “aggrievement of many citizens” and opened an investigation into its founder Fatih Faruk Ozer on charges of “aggravated fraud and founding a criminal organisation”, the private DHA news agency reported.

Turkish security officials have released a photo of Ozer going through passport control at Istanbul airport on his way to an unspecified location. According to local media reports, Ozer, said to be either 27 or 28, had flown either to Albania or Thailand.

Lawyer Abdullah Usame Ceran, who has filed a criminal complaint against Ozer, has appealed to authorities to seize the platform’s assets, including bank accounts, shares and holdings, Anadolu Agency reported.

According to Coinmarketcap, the 24-hour trading volume on Thodex was $538 million on its last trading day.

Turkish news agency HaberTurk said Thodex suspended trading after running a promotional campaign that sold Dogecoins at a rebate but did not allow investors to sell.

Thodex posted on its website that “negative” media reports about the company were not true.

“Globally-renowned banks and funds, whose names we are going to announce when the agreement process is completed, have been wanting to invest in our company and proposed a partnership for a long time,” it said. “For this process to be completed, transactions need to be halted and the sale process needs to be completed.”

Cryptocurrency was becoming increasingly popular among people in Turkey despite skepticism on the side of the government and a largely unregulated market.

The Turkish central bank has warned digital currencies “entail significant risks” and has decided to bar the use of crypto currencies in payments for goods and services starting from April 30.

“Wallets can be stolen or used unlawfully without the authorization of their holders,” the central bank said last week.

These were the details of the news Turkish cryptocurrency platform founder vanishes, fraud suspected for this day. We hope that we have succeeded by giving you the full details and information. To follow all our news, you can subscribe to the alerts system or to one of our different systems to provide you with all that is new.