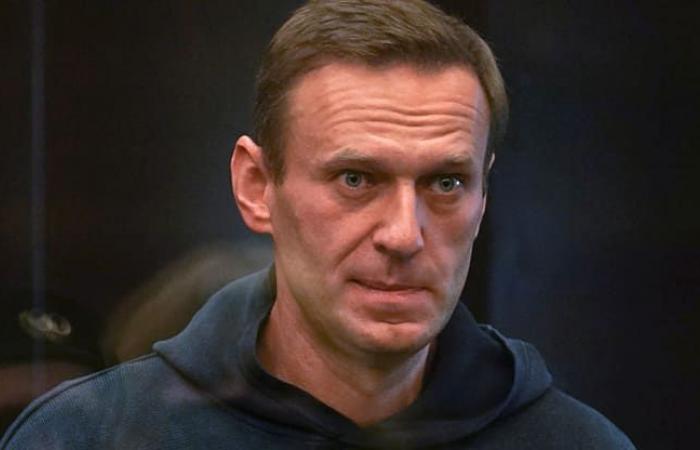 Mohamed Nass - Cairo - Alexei Navalny’s medical team on Thursday urged him to “immediately” bring an end to his hunger strike as the jailed Kremlin critic said he was full of “pride and hope” after nationwide protests in his name.

Navlany’s doctors, who have been prevented from examining their patient in his prison colony, said they were asking him to “halt his hunger strike to save his life.”

“If the hunger strike continues even a little longer, we will simply have no one to treat soon,” cardiologist Yaroslav Ashikhmin and four other medics said via a statement published by Mediazona, an independent news website.

The West warned the Kremlin that it would face “consequences” should Navalny die and thousands of protesters took to the streets in dozens of cities across Russia on Wednesday, many of whom were demanding his release from prison.

Navalny: Protesters give me ‘pride and hope’

More than 1.500 people were arrested as Russian police attempted to crack down on those unhappy with the treatment of Navalny.

And President Vladimir Putin’s most well-known critic thanked protesters, describing them as “the salvation of Russia,” in an Instagram post.

The 44-year-old said he wasn’t always aware “what was really happening” outside of prison because he only has access to one TV channel, but his lawyer visited him Thursday, and updated him regarding this week’s developments. “And, I will sincerely say, two feelings are raging inside me: pride and hope.”

“People are marching in the street. It means they know and understand everything,” Navalny continued. “They won’t give up their future, the future of their children, their country. Yes, it will be difficult and dark for some time. But those pulling Russia back historically are doomed. There are more of us in any case.”

Navalny was arrested in January upon his return from Germany, where he had spent five months convalescing after being poisoned by a nerve agent. Navalny holds the Kremlin responsible for the poisoning but Moscow has protested its innocence.

A Russian court then deemed the opposition leader’s recovery period in Germany violated the terms of his suspended sentence for a 2014 embezzlement conviction, ordering him to serve two-and-a-half years in prison.

His health has deteriorated since going to jail. He demanded proper medical care for a range of ailments, including back pain and numbness in his limbs, but those calls fell on deaf ears, prompting him to declare a hunger strike on March 31.

These were the details of the news Doctors urge Alexei Navalny to end hunger strike now for this day. We hope that we have succeeded by giving you the full details and information. To follow all our news, you can subscribe to the alerts system or to one of our different systems to provide you with all that is new.