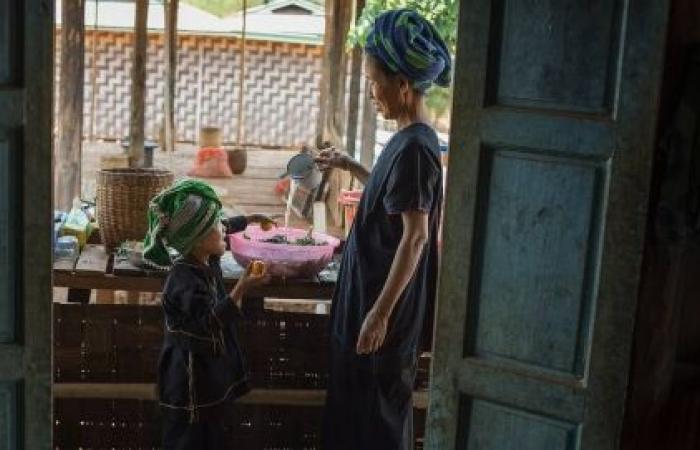 The operation will focus on poor townships in Myanmar’s main cities “and other areas where population displacement has recently taken place” since the Feb. 1 coup, WFP said in a statement.

Within the next six months, the UN agency warned that an additional 3.4 million people will go hungry, particularly in urban centers, over and above the 2.8 million people considered to be food insecure in Myanmar before the military takeover.

“A concerted response is required now to alleviate immediate suffering, and to prevent an alarming deterioration in food security.”

Pushed to the edge

The UN agency reported how families in and around Yangon have been “pushed to the edge”, skipping meals, eating less nutritious food and taking on debt to feed themselves.

This is largely because poor people have lost jobs and income, making it harder to afford food, WFP said, noting that vulnerable people in urban areas affected by the economic standstill were at greatest risk, while rural populations were likely to face pressure in the longer-term.

In Yangon, WFP intends to help 10 of the poorest townships where there are large informal settlements.

“WFP is also monitoring the situation in other parts of the country, and is ready to provide assistance to affected communities, including those newly displaced by armed conflict, if required”, it said.

Latest WFP market monitoring shows that average rice prices have increased across the country by five percent since January, while cooking oil now costs 18 percent more than it did in February.

Price increases have been particularly high in border states including Rakhine, Kachin and Chin.

“In Kachin state, rice prices have risen by up to 43 percent in some townships and cooking oil by 32 percent”, said WFP.

“The price of fuel has increased by roughly 30 percent nationwide.”

Despite ongoing insecurity in border regions, WFP insisted that it has maintained assistance to internally displaced people and other vulnerable populations. In March, it reached 374,000 people in conflict-affected areas of southern Chin, Kachin, Rakhine and northern Shan states, it said.

In the coming months, the number of people WFP assists will nearly triple — from 1.3 million to 3.3 million. To do this, WFP appealed for $106 million urgently.

“To prevent a large-scale humanitarian crisis unfolding in front of our eyes, we must step up. We count on the international community to continue standing with the people of Myanmar”, said Anderson. — UN news

These were the details of the news Food aid operation begins to reach two million affected by Myanmar crisis for this day. We hope that we have succeeded by giving you the full details and information. To follow all our news, you can subscribe to the alerts system or to one of our different systems to provide you with all that is new.