US to join effort to curb climate-warming emissions from shipping 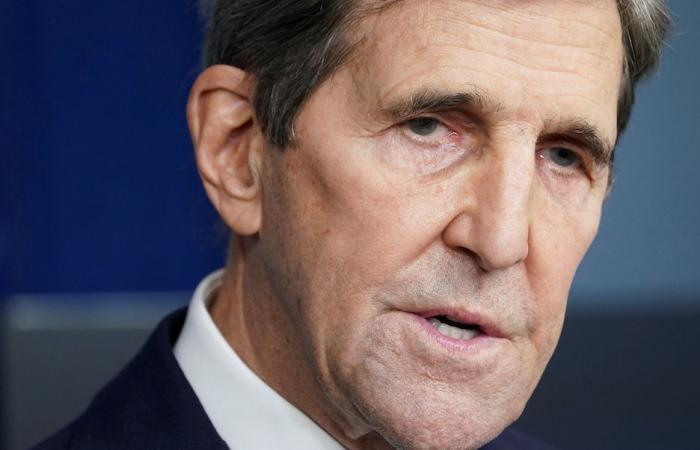 WASHINGTON, April 22 — The United States will join an international effort to achieve zero emissions by 2050 in the global shipping industry, climate envoy John Kerry announced ahead of a summit of world leaders President Joe Biden will host this week.

“We’re going to look to the ocean to continue to help reduce pollution,” he told a conference hosted by the Ocean Conservancy on Tuesday.

The United States will join Saudi Arabia as the only two countries to formally pledge to work toward the International Maritime Organisation’s (IMO) greenhouse gas strategy.

The global sector emits 1 billion metric tonnes of carbon dioxide each year, according to the Ocean Conservancy, on par with Germany’s annual emissions.

Kerry told the conference that the United States will help deploy the technologies needed to rapidly reduce the sector’s emissions.

“The technologies that we need to decarbonize shipping are known to us so they need investment and they need to be scaled up,” he said. “It’s incumbent on all nations to send a clear signal to the industry so they will make those investments in the near future”

European Union and British officials sent a letter to Biden in March urging the United States to address shipping emissions in its forthcoming climate plan under the 2015 Paris agreement and that responsibility for all ship emissions be split between the country of origin and country of destination.

The United States is expected to announce its new goal, known as a Nationally Determined Contribution, today.

The Ocean Conservancy, a nonprofit environmental group based in Washington, called on the Biden administration to commit to its own zero-emissions goal by 2035, saying that under international law the country can require all ships docking at domestic ports adhere to a clean shipping standard.

Jonathan Lewis, an attorney with environmental group the Clean Air Task Force, said having the United States engaged should help speed up efforts to make big changes in the sector. “We can decarbonize the sector by using zero-carbon fuels like hydrogen and ammonia, instead of dirty fuel oil, to power transoceanic vessels, but the shipping industry has been slow to make to the switch,” he said. — Reuters

These were the details of the news US to join effort to curb climate-warming emissions from shipping for this day. We hope that we have succeeded by giving you the full details and information. To follow all our news, you can subscribe to the alerts system or to one of our different systems to provide you with all that is new.