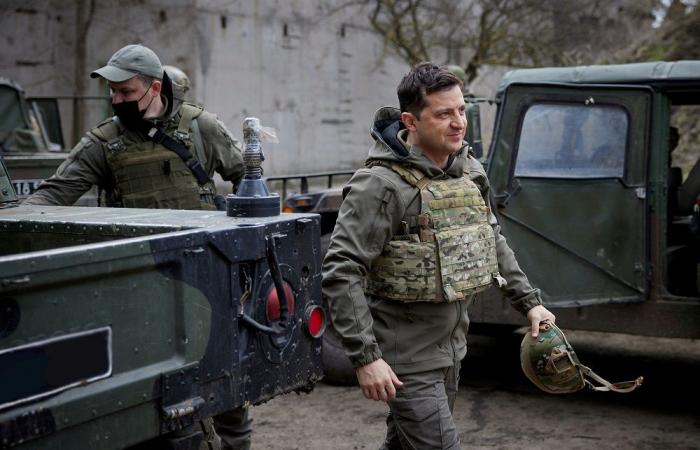 Hello and welcome to the details of Ukraine’s Zelenskiy to Putin: Meet me for peace talks in conflict zone and now with the details

KIEV, April 21 — Ukraine’s President Volodymyr Zelenskiy yesterday challenged his Russian counterpart Vladimir Putin to meet him in eastern Ukraine’s Donbass region for talks on ending the conflict there and easing tensions between the two states.

Issuing the invitation in a video address in the late evening, Zelenskiy also urged Kiev’s Western backers to give “clear signals” that they were willing to support the country in its standoff with Russia.

Kiev and Moscow have traded blame for rising clashes in the Donbass, where Ukrainian troops have battled Russian-backed forces in a conflict that Ukraine says has killed 14,000 people since 2014.

Ukraine, its Western allies and Nato have accused Russia of a “provocative” build-up of troops on Ukraine’s eastern border and in Crimea. Russia in turn accused the United States and Nato of “provocative activity” in the Black Sea region.

“Mr Putin: I am ready to go even further and invite you to meet anywhere in the Ukrainian Donbass, where there is a war,” Zelenskiy said.

The standoff has prompted Ukraine to urge Nato member states to admit Ukraine into the military alliance. It also called on the European Union to impose new economic sanctions on Moscow but acknowledged that EU might not be prepared to do so yet.

“Our citizens need clear signals that in the eighth year of the war, a country that is a shield for Europe at the cost of its lives, will receive support not just as partners, from the stands, but as players on the same team, directly on the field, shoulder to shoulder,” Zelenskiy said.

Ukraine wants to end the conflict through diplomacy but is ready to defend itself if attacked, he added.

“Does Ukraine want the war? No. But is Ukraine ready for the war? Yes.” — Reuters

These were the details of the news Ukraine’s Zelenskiy to Putin: Meet me for peace talks in conflict zone for this day. We hope that we have succeeded by giving you the full details and information. To follow all our news, you can subscribe to the alerts system or to one of our different systems to provide you with all that is new.