CDU backs Armin Laschet as its candidate to succeed Merkel 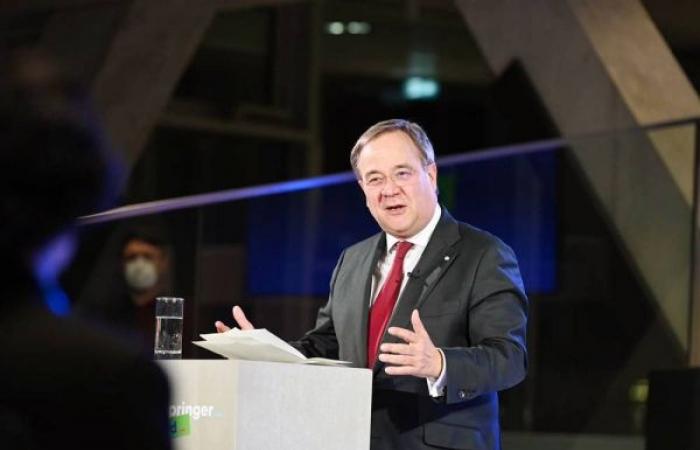 "The die has been cast, Armin Laschet will be the candidate of the Conservative Union" Söder said, adding he would support him "without rancor and with all his strength" in the upcoming election.

Chancellor Angela Merkel announced her fifth term would be her last in October 2018 and stepped down as CDU party leader. Laschet, 60, seen as very close to Merkel politically, was selected as the party's new leader in January 2021 following the resignation of Annegret Kramp-Karrembauer.

The leader of Germany's most populous region, North Rhine-Westphalia, now has the task of leading the ruling union into a legislative battle that is more uncertain than ever. The union has been slipping in the polls, in part due to the COVID-19 pandemic, to 27 percent.

The task will be arduous for Laschet as his Bavarian rival was the favorite in the polls to keep the Conservatives in the chancellery.

According to a recent survey by the ARD channel, 44 percent of Germans considered Söder capable of leading the conservatives in the elections, compared with 15 percent for Laschet.

Söder had also been backed by the Young German Conservatives organization but he was ultimately unable to sway enough of the "grassroots".

"Whoever wins will not be in a strong position. Söder or Laschet will know that they are starting an election campaign with only half of their base supporting them," commented the daily Handelsblatt on Monday ahead of the announcement.

Same analysis at Süddeutsche Zeitung, which warned that "whoever wins between Laschet and Söder, it will be very difficult to unite the divided troops in the face of a very disciplined Green party."

The environmentalist is the CDU/CSU's main rival in the election, scoring between 20-22 percent in the polls. The party launched its first-ever bid for the Chancellery on Monday, choosing co-leader Annalena Baerbock as its candidate. — Euronews

These were the details of the news CDU backs Armin Laschet as its candidate to succeed Merkel for this day. We hope that we have succeeded by giving you the full details and information. To follow all our news, you can subscribe to the alerts system or to one of our different systems to provide you with all that is new.