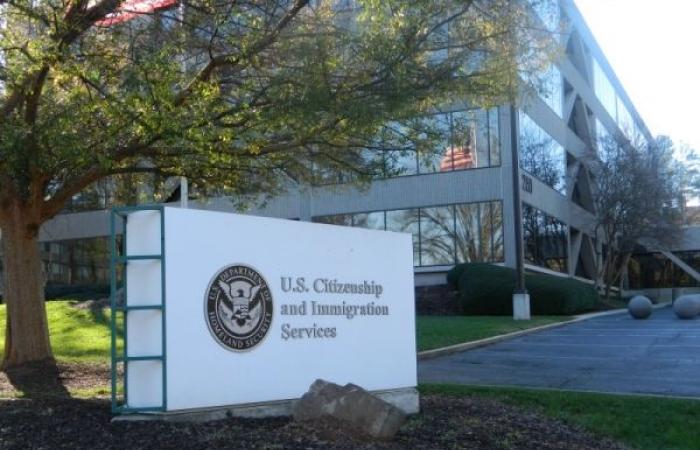 Hind Al Soulia - Riyadh - WASHINGTON — The leaders of two US immigration agencies issued new guidance on Monday ordering staff to end the use of terms such as "illegal alien" and "assimilation," according to two officials, words that immigration advocates had criticized as dehumanizing.

A pair of memos issued Monday from Tae Johnson and Troy Miller, the acting heads of Immigration and Customs Enforcement and Customs and Border Protection, outlined the updated language for all external and internal communications to align with the Biden administration's guidance regarding immigration terminology.

"We enforce our nation's laws while also maintaining the dignity of every individual with whom we interact. The words we use matter and will serve to further confer that dignity to those in our custody," the memo from Miller states.

Press releases from the two agencies had previously referred to undocumented immigrants as "aliens."

The formal terminology change comes on the heels of the Trump administration's hardline immigration policies. The term "alien" was often invoked by President Donald Trump in speeches as he warned of what he saw as the dangers of unchecked illegal immigration.

Immigrant rights advocates have long decried the term "illegal alien" as a dehumanizing slur, and it became even more of a lightning rod during the Trump era -- with some top federal officials encouraging its use and several states and local governments taking up measures to ban it.

Officials in the past have pointed to the term's prevalence in US laws to defend their word choices.

President Joe Biden has sought to take deliberate steps to recognize America as "a nation of immigrants," including in his proposed immigration overhaul, his administration has said.

The Biden administration is continuing to grapple with an influx of migrants at the southern border. The number of unaccompanied minor children in US Customs and Border Protection custody, an agency not intended to care for children for prolonged periods of time, reached dramatic highs throughout the month of March.

In a notable shift over the weekend, Biden described the influx of migrant children on the southern border as a "crisis" — a term that top administration officials have refused to use, instead calling the situation a "challenge." The White House sought to walk back the president's comments Monday, claiming Biden was referring to the conditions in Northern Triangle countries that migrants are coming from and not the surge of migrant children in US custody.

The Biden administration isn't alone in drawing attention to the language used to characterize immigration. Former President George W. Bush on Sunday called on Congress to tone down the "harsh rhetoric" on immigration, adding that he hopes that doing so will "set a tone that is more respectful" of immigrants and lead to reform.

I do want to say to Congress, please put aside all of the harsh rhetoric about immigration, please put aside trying to score political points on either side. I hope I can help set a tone that is more respectful about the immigrant, which may lead to reform of the system," Bush told Norah O'Donnell on "CBS Sunday Morning." — Courtesy CNN

These were the details of the news US immigration agencies ordered to end use of terms 'alien' and 'assimilation' for this day. We hope that we have succeeded by giving you the full details and information. To follow all our news, you can subscribe to the alerts system or to one of our different systems to provide you with all that is new.