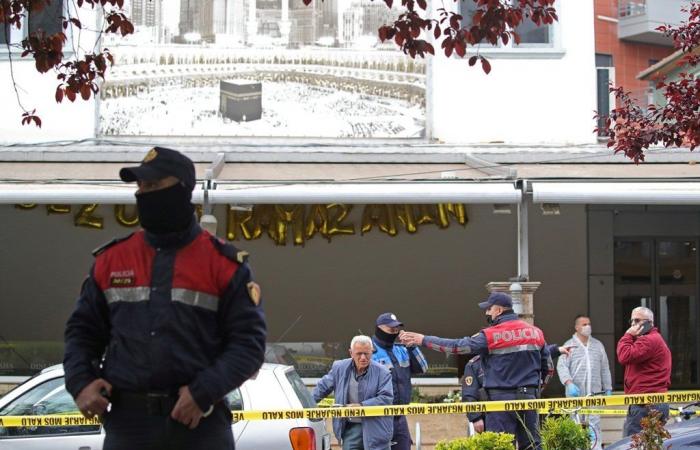 Jeddah - Yasmine El Tohamy - ISLAMABAD: Eleven security personnel taken hostage on Sunday by the banned Tehreek-e-Labbaik Pakistan (TLP) religious party during police clashes in Lahore were released in the early hours of Monday morning following the first round of negotiations with the government, interior minister Sheikh Rasheed said in a video announcement on Twitter.
Rioting by the rightwing group has rocked the country since Monday last, after TLP chief Saad Rizvi was arrested in Lahore a day after he threatened the government with rallies if it did not expel the French envoy to Islamabad over cartoons of the Prophet Muhammad (PBUH) published in France last year.
The protests paralyzed major cities and highways, leading to the deaths of six policemen, according to the government, with thousands of TLP workers under arrest, police say. The riots also prompted the French embassy to recommend all its nationals temporarily leave the country last week.
“Talks have started with the TLP. The first round of negotiations went well and the second round will take place after sehr,” Rashid said.
“They [TLP] have released 11 abducted policemen hostages and have gone into the Rehmatul Lil Alameen Mosque. The police have also stepped back,” he said.

“These negotiations were held successfully by the Punjab government. We hope that the second meeting after sehr will also be successful and matters will be amicably resolved with the TLP,” he added.
Earlier, on Sunday evening, Information Minister Fawad Hussain Chaudhry said in a statement the government believed in negotiating but wouldn’t be blackmailed.
“The government believes in negotiations but can’t be blackmailed,” he said.
“The operation was started after police and Rangers personnel were kidnapped. The state can’t be blackmailed by a proscribed armed outfit. [Prime Minister] Imran Khan has the strongest affection with the Prophet (PBUH) and he has talked about this at every forum.”
Earlier on Sunday, a police spokesman, Arif Rana, said the operation against the TLP had been halted as the attackers were armed with petrol bombs and a tanker with 50,000 liters of petrol.
By Sunday evening, he said the situation was “at a standstill” with protesters sitting on roadsides with sticks and petrol bombs in their hands and law enforcement personnel standing guard.
Last week, the interior ministry said it was moving to have the TLP party banned for attacking law enforcement forces and disrupting public life during its protests. The interior ministry’s decision has been approved by the federal cabinet but needs to be ratified by the Supreme Court for the TLP to be dissolved.
Talking to the media in Islamabad on Sunday, Ahmed said no negotiations were underway with the TLP.
“We tried to negotiate for two, three months with them but in vain. They are not ready to retreat from their agenda, so the government is left with no option but to establish the writ of the state,” the minister said.
Security was heightened overnight in the capital, Islamabad, the DIG operations tweeted Sunday evening.
In October 2020, protests broke out in several Muslim countries over France’s response to a deadly attack on a teacher who showed cartoons mocking the Prophet Muhammad to his pupils during a civics lesson.
During similar protests in Pakistan, the government negotiated with the TLP and met a number of its demands, including that it would debate expelling the French ambassador in parliament.
A deadline to make that parliamentary move expires on April 20.

These were the details of the news Albanian man with knife wounds 5 at mosque in Tirana for this day. We hope that we have succeeded by giving you the full details and information. To follow all our news, you can subscribe to the alerts system or to one of our different systems to provide you with all that is new.