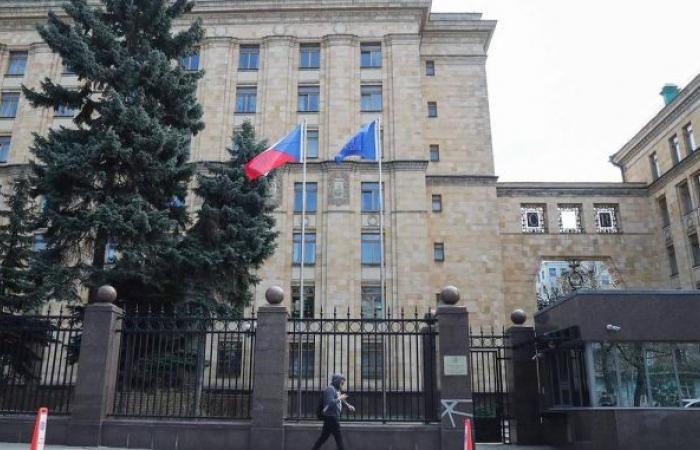 Hind Al Soulia - Riyadh - MOSCOW — Russia has expelled 20 Czech diplomats in a retaliatory move, a day after Prague sent home 18 Russian embassy staff suspected of involvement in an explosion at an arms depot in 2014, which killed two people.

Czech authorities say the Russian diplomats are believed to be intelligence operatives, accusations that Moscow has classed as unfounded and absurd, the BBC said

The explosion, which tore apart an ammunitions storage depot in a forest at Vrbetice in the Czech Republic in October 2014, was originally assumed to have been an accident.

But a painstaking investigation by Czech authorities has pointed the finger at Russia’s GRU spy agency. Czech police have identified two men in connection with the blast — Alexander Petrov and Ruslan Boshirov.

The names match the aliases of two Russian intelligence officers who are wanted in the UK in connection with the 2018 Salisbury poisoning of former Russian spy Sergei Skripal.

The two men and Moscow both deny any involvement in the Skripal poisoning, claiming they were visiting the area for tourism.

"In their desire to please the United States against the background of recent US sanctions against Russia, Czech authorities in this respect even outdid their masters from across the pond," said a Foreign Ministry statement.

Earlier, Czech acting Foreign Minister Jan Hamacek said: "I decided to expel all employees of the Embassy of the Russian Federation in Prague who were clearly identified by our secret services as officers of the GRU and SVR [Russian foreign intelligence service]".

The Czech government is now considering further measures, he said, one option being to permanently reduce Russia's embassy staffing in Prague.

Before the latest expulsion, Russia had around 135 diplomats and support staff in Prague, far more than any other diplomatic mission, including that of the US, the BBC's Rob Cameron reported from the city.

The US State Department said it stood with the Czech Republic in its "firm response against Russia's subversive actions on Czech soil".

Earlier this week the US expelled 10 Russian diplomats and imposed sanctions in response to the "SolarWinds" hack last year, bullying Ukraine and interference in the 2020 US election. — Agencies

These were the details of the news Russia expels Czech diplomats over explosion row for this day. We hope that we have succeeded by giving you the full details and information. To follow all our news, you can subscribe to the alerts system or to one of our different systems to provide you with all that is new.