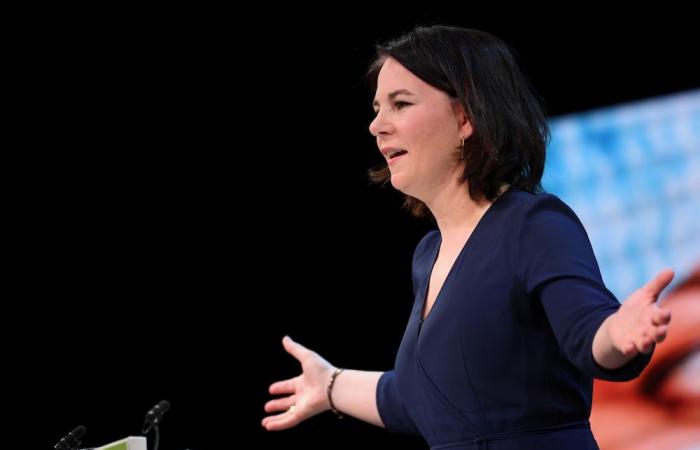 Hello and welcome to the details of Promising renewal, Baerbock to run as German Greens chancellor candidate and now with the details

BERLIN, April 19 — Annalena Baerbock, co-leader of Germany’s Greens, will run as the ecologists’ candidate for chancellor at federal elections in September when the party is aiming to win the chancellery for the first time, the party said today.A Greens chancellor is still only an outside chance after the Sept. 26 federal election, but the party has grown into a formidable force that is just a few points behind Chancellor Angela Merkel’s conservatives, who have ruled for 16 years.

“I stand for renewal,” Baerbock told a news conference after her fellow party co-leader, Robert Habeck, presented her.

“New rules must now be created so that the progressive is not the exception but the standard,” she said.

Born in 1980 out of the ecologist movement of the late 1960s and 1970s, the Greens are now very much part of Germany’s establishment, and they already govern the southwestern state of Baden-Wuerttemberg, a former conservative stronghold.

To lead a coalition government, the Greens could team up with the left-leaning Social Democrats (SPD), and the liberal Free Democrats (FDP). Another three-way tie-up would be with the SPD and the far-left Linke.

At this stage, the more likely scenario is that the Greens join government as junior partner to Merkel’s conservatives. — Reuters

These were the details of the news Promising renewal, Baerbock to run as German Greens chancellor candidate for this day. We hope that we have succeeded by giving you the full details and information. To follow all our news, you can subscribe to the alerts system or to one of our different systems to provide you with all that is new.