Cuba’s Raul Castro leaves the political stage, his legacy yet to be written 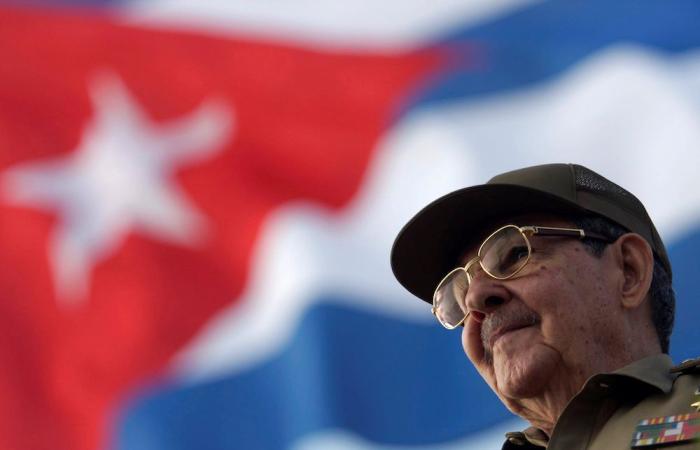 Hello and welcome to the details of Cuba’s Raul Castro leaves the political stage, his legacy yet to be written and now with the details

HAVANA, April 18 — Raul Castro, who is retiring from high public office, for most of his life toiled in the shadow of his older brother, Fidel Castro. Yet he also played a key role in Cuba’s 1959 leftist revolution and the preservation of Cuban socialism.

While Fidel was the charismatic leader who rallied Cubans to defend the revolution and defy the United States, Raul, 89, built the military into a formidable fighting force that saw off enemies including a US-backed invasion at the Bay of Pigs.

Later, after the fall of former benefactor the Soviet Union sent Cuba into an economic tailspin and left it politically isolated, he launched market-style reforms to its centralized economy and sought to normalize relations with Western powers.

But he leaves office amid an economic crisis that has caused shortages of even basic goods and is threatening the universal access to quality healthcare and education hailed by supporters of Cuban socialism as among the most important achievements of the revolution.

Former US President Donald Trump unraveled a detente Castro reached with his predecessor Barack Obama and tightened the decades-old US trade embargo. The rollout of internet has fueled internal dissent.

Still, some thirty years after the end of the Cold War, Cuba remains one of the last Communist-run countries in the world.

“Always preferring the supportive role to his brother and carrying out that role brilliantly, Raul eventually had to take on Fidel’s leadership himself at a time when the revolution showed every sign of faltering,” said Hal Klepak, a Canadian historian living in Havana who wrote a book on Raul’s military life.

“That it is still there, wounded and shaken but still there, in the face of massively powerful forces out to destroy it, is no small part a result of his leadership.”

Raul backed Fidel in his revolution against the US-backed dictator Fulgencio Batista since the beginning in 1953, when they led a failed assault on the Moncada military barracks. Later he demonstrated his leadership in the guerilla uprising in the Sierra Maestra mountains that finally overthrew Batista.

In the early years of Cuba’s one party system, he was known as an iron-fisted ideologue who was involved in the summary trials and executions of Batista supporters, and later the imprisonment of thousands of political prisoners.

He also built a rag-tag bunch of guerillas into a feared army that fought “anti-imperialist” wars abroad, most notably in Angola where Cuban soldiers helped defeat South African troops.

An early admirer of communism, it was Raul and Ernesto “Che” Guevara, the Argentine-born doctor turned Marxist revolutionary, who persuaded Fidel to seek support from the Soviet Union.

But he was also quick to launch reforms to move Cuba away from a Soviet-style command economy after the fall of the Berlin Wall plunged the Caribbean island nation into economic crisis.

First he established thriving enterprises within the armed forces - which now control much of the economy.

Then he pushed for broader reforms upon becoming president in 2008, expanding the private sector, seeking to decentralize state institutions and opening the economy to greater foreign investment.

“He deserves merit for having opened this door although later it ran into many problems with implementation and achieved fairly modest results,” said Ricardo Torres, a professor of economics with the Center for the Study of the Cuban Economy at the University of Havana.

In addition to his historic detente with Obama, Castro improved relations with the European Union.

“Raul’s 12 years in power will be remembered for the transformative policies he attempted to carry out despite concerted opposition from regime hardliners,” said Brian Latell, a former CIA analyst who has written books on both brothers.

Latell noted that the US rapprochement in 2014 happened despite opposition from his brother, who died two years later.

Castro also sought to strengthen the institutions of a system originally focused on a single leader and the so-called historic generation of guerrilla fighters, to ensure a smooth handover of power to a younger generation of party cadres.

He introduced age and term limits on leaders and oversaw the approval of a new constitution in 2019 that contributed to decentralizing power. In 2018 he had handed the presidency to a protege, Miguel Diaz-Canel, and reduced his public appearances.

His retirement from the even more powerful position of Cuban Communist Party first secretary, expected to be made official on Monday, will end six decades of rule by the Castro brothers.

Addressing party members last week, he said he will remain a footsoldier for the revolution “until the end of my days”.

The jury is out on whether he will be remembered as a successful reformer, or as the caretaker of a failing socialist experiment, say analysts.

“For all his reputation as the pragmatic Castro, he did little beyond successfully managing the transition to a second-tier leadership,” said Sebastian Arcos, associate director of Florida International University’s Cuban Research Institute, whose father and uncle were prominent dissidents. “And no one knows how long that will last.” — Reuters

These were the details of the news Cuba’s Raul Castro leaves the political stage, his legacy yet to be written for this day. We hope that we have succeeded by giving you the full details and information. To follow all our news, you can subscribe to the alerts system or to one of our different systems to provide you with all that is new.