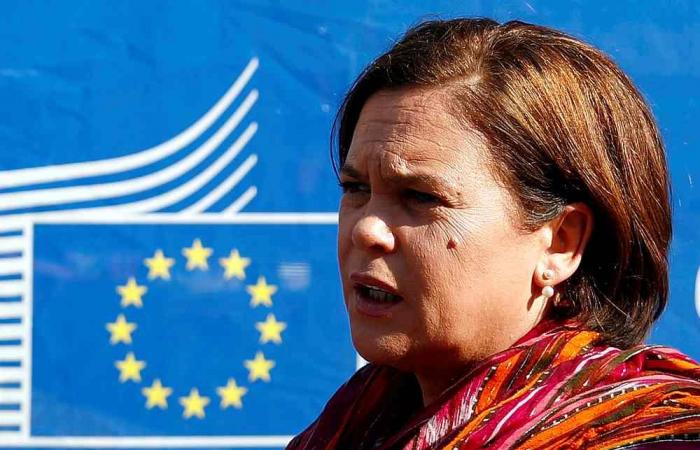 The IRA killed Philip’s mentor in 1979 as part of a decades-long conflict waged between Irish republicans and those who wanted Northern Ireland to remain in British hands.

Mary Lou McDonald’s comment came a day after the husband of Queen Elizabeth II was laid to rest, following his death at the age of 99 on April 9.

“Of course I am sorry that happened, of course that is heart-breaking,” McDonald told Times Radio.

“I am happy to reiterate that on the weekend that your queen buried her beloved husband,” she added.

It was the first time the political leader of Irish republicans has apologised for the bombing, with McDonald’s predecessor Gerry Adams saying at the time that Mountbatten was a legitimate target.

Three other people, including Mountbatten’s 14-year-old grandson and a 15-year-old boy, were killed when the IRA blew up Mountbatten’s yacht in the Irish village of Mullaghmore.

Mountbatten was also a mentor to Philip’s son Prince Charles.

McDonald said Sunday that “my job, and I think Prince Charles... would absolutely appreciate this, is to lead from the front now, in these times.

“It’s all of our jobs to make sure that no other child, no other family, irrespective of who they are, face the kind of trauma and heartbreak that was all too common sadly in all sides on this island and beyond,” she said.

Around 3,500 lives were lost in the conflict between unionists and nationalists over the future of Northern Ireland that ended with a landmark peace deal in 1998.

Yesterday, Irish prime minister Micheal Martin warned against a “spiral back” into sectarian conflict in Northern Ireland, as a week of riots raised fears for the future of the fragile deal. — AFP

These were the details of the news Sinn Fein ‘sorry’ for IRA murder of Prince Philip’s uncle for this day. We hope that we have succeeded by giving you the full details and information. To follow all our news, you can subscribe to the alerts system or to one of our different systems to provide you with all that is new.