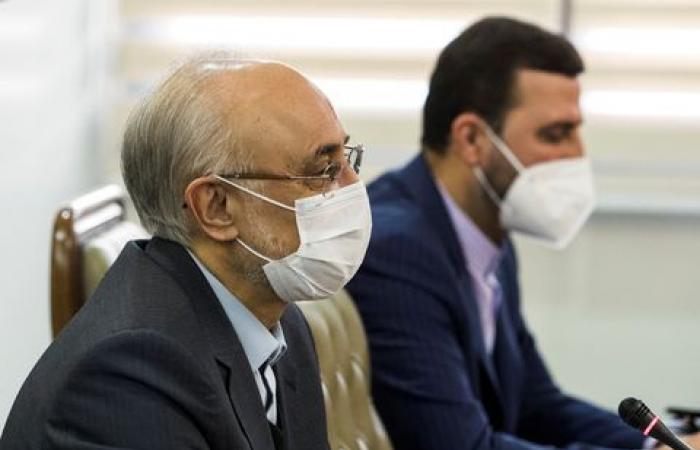 You are now following the details of the Biden says Iranian enrichment to 60 percent unhelpful, but glad about talks news and now we leave you with the details

Mohamed Nass - Cairo - US President Joe Biden on Friday called Iran’s enrichment of uranium to 60 percent purity unhelpful but said he is pleased Tehran is still in indirect talks with Washington about both countries resuming compliance with the 2015 Iranian nuclear deal.

Iran on Friday said it had begun enriching uranium to 60 percent, its highest level ever and a step closer to the 90 percent that is weapons grade, at its Natanz plant, where an explosion occurred earlier this week that Tehran blamed on Israel.

“We do not support and do not think it’s at all helpful that Iran is saying it’s going to move to enrich to 60 percent,” Biden told reporters in Washington during a joint news conference with Japanese Prime Minister Yoshihide Suga.

“We are, though, nonetheless pleased that Iran has continued to agree to engage in discussions – indirect discussions – with us and with our partners on how we move forward and what is needed to allow us to move back into the (nuclear deal) … without us making concessions that we are just not willing to make,” Biden added.

Iran had in recent months already raised enrichment to 20 percent purity, a level at which uranium is considered to be highly enriched and a significant step toward weapons-grade.

A 2015 deal with world powers to rein in Iran’s nuclear ambitions in return for the lifting of sanctions had capped the level of purity at 3.67 percent. Iran denies seeking a nuclear weapon.

“We are producing about 9 grams of 60 percent enriched uranium an hour,” Ali Akbar Salehi, head of the Atomic Energy Organization of Iran, told state television.

“But we have to work on arrangements … to drop it to five grams per hour. But then we will simultaneously produce 20 percent (uranium),” Salehi said.

“The will of the Iranian nation makes miracles that thwart any conspiracy,” Qalibaf wrote on Twitter.

In Vienna, a spokesman for the United Nations nuclear watchdog IAEA declined to comment on the Iranian statements about 60 percent enrichment.

Asked if Iran’s move was a sign that Tehran is not serious about returning to the nuclear deal, Biden replied: “The discussions are under way. I think it’s premature to make a judgment as to what the outcome will be. But we are still talking.”

Iran and global powers are meeting in Vienna to try to rescue the 2015 nuclear deal abandoned by former US President Donald Trump three years ago – an effort potentially complicated by Tehran’s decision to ramp up uranium enrichment.

The talks will carry on for several days before breaking so that Iranian and US officials can return home for consultations, a European Union official said on Friday. read more

“We have this (Iranian) decision to go for 60 percent enrichment. Obviously this is not making the negotiation easier,” the EU official told reporters, calling what happened at Natanz “deliberate sabotage”.

Abbas Araqchi, Iran’s chief negotiator at the talks, said on Tuesday that Iran would activate 1,000 advanced centrifuge machines at Natanz.

Multiple Israeli media outlets have quoted unnamed intelligence sources as saying the country’s Mossad spy service carried out the sabotage operation at the Natanz complex. Israel – widely believed to be the only Middle Eastern country with a nuclear arsenal – has not formally commented on the incident.

Israel will do “whatever it takes” to ensure that Iran does not acquire nuclear weapons, Israeli Foreign Minister Gabi Ashkenazi said on Friday. read more

These were the details of the news Biden says Iranian enrichment to 60 percent unhelpful, but glad about talks for this day. We hope that we have succeeded by giving you the full details and information. To follow all our news, you can subscribe to the alerts system or to one of our different systems to provide you with all that is new.