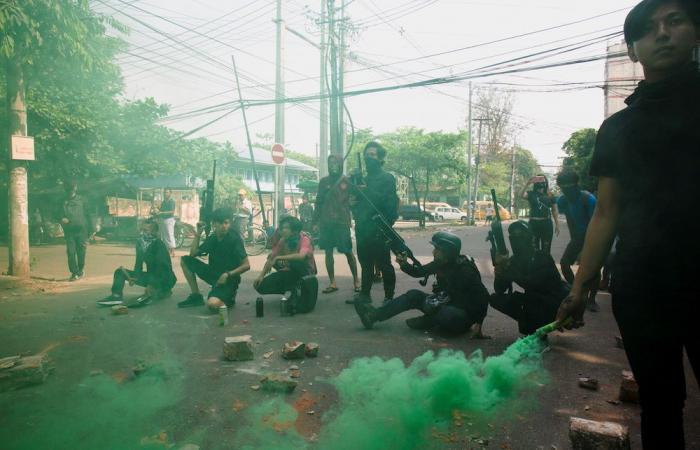 MAE HONG SON, April 16 — Myanmar’s coup has opened an unexpected window of opportunity for the various ethnic rebel outfits, which have no loyalty to either the junta or to deposed leader Aung San Suu Kyi, but could together pose a threat to the army’s rule.

The country has been in turmoil since the military ousted Suu Kyi in February, crushing a 10-year experiment with democracy that had been enthusiastically embraced by the dominant Bamar ethnicity.

But for many ethnic minorities, her administration was more foe than friend.

While each ethnic armed group has its own demands, all want a version of federalism, giving them at least some measure of self-governance.

Suu Kyi and her National League for Democracy (NLD) once offered them that in exchange for electoral support.

“The Bamar majority have given such a promise from time to time, without it materialising,” Khu Oo Reh of the Karenni National Progressive Party (KNPP), told AFP.

“It was just words.”

Despite their deep-seated distrust of the NLD, several groups have condemned the putsch and the junta’s use of violence — including killing more than 700 civilians — to quell the subsequent uprising.

At least three groups in Myanmar’s east, including the KNPP, are sheltering thousands of anti-junta dissidents.

The anti-coup movement is now watching closely to see if the rebels will harden their opposition against the junta.

Thant Myint-U, author of The Hidden History of Burma, said the current moment could prove an opportunity for these groups to press for federalism.

“Their actions over these coming months may have an outsize impact in what’s still an incredibly fluid situation,” the historian told AFP.

“The seven-to-eight most powerful ethnic armed organisations now hold greater sway over Myanmar’s future than any time since independence.”

The end of British colonial rule in 1948 left a complex patchwork of cultural, ethnic and linguistic groups awkwardly sharing the new state of Myanmar.

A messy struggle over autonomy, control of lucrative drug production and natural resources has pitted more than 20 different groups against each other — among them the Bamar-majority military.

The multi-faceted conflict has spanned seven decades, and been described as the world’s longest-running civil war.

The military — which has never been under civilian rule — sought to dampen the conflicts with strategic ceasefires, effectively reaching a detente with some of the rebel groups.

But in the wake of the coup, those ceasefires have begun to fray.

The powerful Ta’ang National Liberation Association (TNLA) and two allied groups have said they were abandoning their truce, accusing the junta of war crimes.

That condemnation has raised protesters’ hopes that the militias would unite to take up arms against the junta, forming a so-called “federal army”.

The potential for spiralling conflict has prompted observers like UN special envoy for Myanmar Christine Schraner Burgener to warn that “a bloodbath is imminent.”

The idea of mounting organised self-defence was first proposed by the Committee Representing Pyidaungsu Hluttaw (CRPH), a group of lawmakers mostly from the NLD who are attempting to represent the elected government.

They have also unveiled a “Federal Democracy Charter”, which features a governing role for ethnic armed groups.

The TNLA and other northern groups — some of whom have ties with Beijing — have so far remained silent on the CRPH’s overtures for unity.

Groups in the east of the country are also lukewarm.

General Yawd Serk, leader of the Restoration Council for Shan State (RCSS) — one of the country’s most powerful groups — called it a “positive move”, but stopped short of support.

“We are observing each other but we are not fully with (CRPH),” he told AFP.

Complicating the idea of a federal army is shifting loyalties between rebels; the RCSS, for example, is currently locked in conflict with two other Shan state organisations.

The various rebel groups also lack the fire and manpower of Myanmar’s military, a modern army equipped with fighter jets and armoured vehicles.

A humanitarian crisis is already brewing in neighbouring Karen state, where the military has carried out air strikes on towns held by the Karen National Union (KNU).

About 24,000 people were displaced by the bombings, said the KNU, with thousands crossing the border briefly into Thailand.

The KNU is sheltering around 2,000 dissidents who have fled urban hotspots.

One activist who stayed in their territory said the distrust of CRPH — and the ethnic Bamar majority in general — is high, even if the rebels are outraged over the coup.

“They must apologise to the ethnic minorities for what the previous government has done,” said the activist, declining to be named.

“That’s the very first step by which they can gain trust.”

“We just have to work together with them,” he told AFP.

“There are lots of obstacles but we are trying to find a way to overthrow our common enemy.” — AFP

These were the details of the news Rebel groups see opportunity in post-coup Myanmar for this day. We hope that we have succeeded by giving you the full details and information. To follow all our news, you can subscribe to the alerts system or to one of our different systems to provide you with all that is new.