US Capitol Police leadership held back some equipment during riot, says official 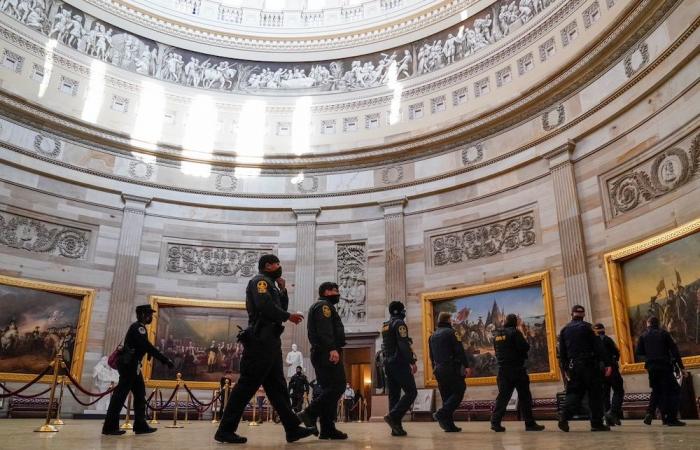 Hello and welcome to the details of US Capitol Police leadership held back some equipment during riot, says official and now with the details

WASHINGTON, April 16 ― Police officers defending the US Capitol against an attack by Donald Trump's supporters might have quelled the violence sooner had their leadership not blocked them from using weapons like sting-ball grenades, a watchdog testified yesterday.

Michael Bolton, the US Capitol Police inspector general, told the House of Representatives Administration Committee that such equipment, which release dozens of small, stinging balls, “would have provided a better posture to repel the attacks.”

But he testified that a Capitol Police assistant deputy chief decided that such non-lethal grenades and launchers, could have been deployed in an unsafe manner, causing serious injuries. Protesters during last summer's anti-racism demonstrations were injured by such weapons.

Bolton said better training would have been the remedy to that concern.

Committee Chairwoman Zoe Lofgren said investigators found that riot shields were locked in a bus too far away from police officers to quickly gain access to them during the January 6 attack, forcing officers to face a violent, unruly mob with inadequate protective equipment.

Former President Donald Trump and some of his fellow Republicans have tried to downplay the attack, when hundreds of his supporters stormed the Capitol in an attempt to disrupt Congress' certification of Joe Biden's presidential election victory.

Five people, including Capitol Police officer Brian Sicknick, died in the violence, and many more officers suffered injuries. Lawmakers were forced to huddle in secure rooms while law enforcement battled the rioters.

Bolton also testified that police standard operating procedures were not followed and that officer training deficiencies contributed to rioters being able to breach security and storm their way through the iconic Capitol.

Republican Representative Bryan Steil asked Bolton whether past years' inspector general recommendations for improvements in intelligence operations and other areas were implemented.

Bolton replied that in some cases they were, but subsequently they sometimes “slid off.”

He added that a recommendation that USCP officers receive security clearances so that they could receive detailed intelligence information ― allowing them to react to threats in a more nimble way ― were not implemented.

Bolton's reports to Congress found the Capitol Police Civil Disturbance Unit was operating on January 6 “at a decreased level of readiness” and that the department needed to improve its management of weapons, ammunition and riot shields.

Internal investigations led to detailed recommendations that the Capitol Police immediately improve its intelligence operations and beef up the readiness of the civil disturbances unit. ― Reuters

These were the details of the news US Capitol Police leadership held back some equipment during riot, says official for this day. We hope that we have succeeded by giving you the full details and information. To follow all our news, you can subscribe to the alerts system or to one of our different systems to provide you with all that is new.