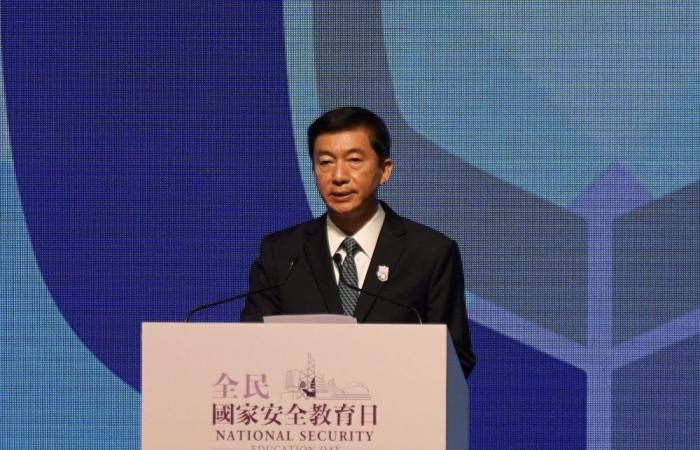 HONG KONG, April 15 ― Beijing's top representative in Hong Kong said today that any foreign powers that try to use the global financial centre as a pawn will face counter measures, amid escalating tensions between the city and Western governments.

“We will give a lesson to all foreign forces which intend to use Hong Kong as a pawn,” Luo said.

The new law drew criticism from the West for curbing rights and freedoms in the former British colony, which was promised a high degree of autonomy upon its 1997 return to Chinese rule. Its supporters say it has restored order following mass anti-government and anti-China protests in 2019.

China, the United States, Britain and the European Union have traded sanctions over the past year as the security law and measures taken to reduce democratic representation in the city's institutions exacerbated tensions.

National Security Education Day will be marked with school activities, games and shows, and a parade by police and other services performing the Chinese military's “goose step” march.

In line with Beijing's increased assertiveness, the Chinese routine, in which troops keep their legs rigidly straight when lifting them off the ground and arms swing at a 90-degree angle in front of the chest, will replace British-style foot drills at a parade of police and other forces.

Elsewhere, in schools and cultural centres, Hong Kongers were invited to build national security “mosaic walls” to instil, according to a government website, the idea that people should work together to protect their homeland.

Stickers and bookmarks reading “Uphold National Security, Safeguard our Home” have been delivered to schools and kindergartens.

In February, Hong Kong unveiled national security education guidelines that include teaching students as young as six about colluding with foreign forces, terrorism, secession and subversion ― the four main crimes in the new law. ― Reuters

These were the details of the news Beijing's top official in Hong Kong warns foreign powers not to interfere for this day. We hope that we have succeeded by giving you the full details and information. To follow all our news, you can subscribe to the alerts system or to one of our different systems to provide you with all that is new.