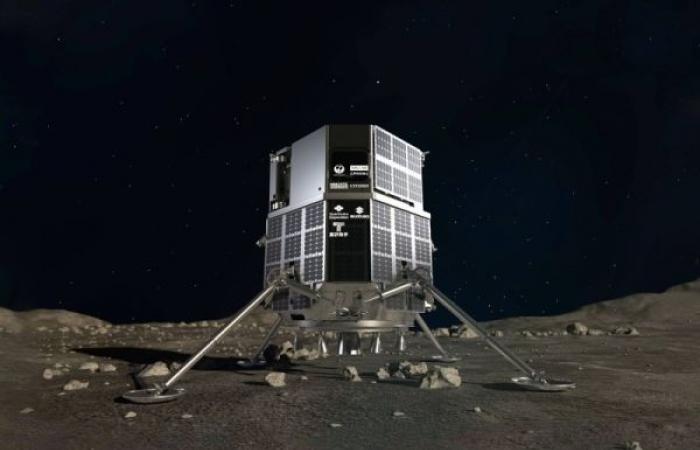 A team of engineers and scientists from Mohammed bin Rashid Space Centre (MBRSC), in Dubai, are building the rover, while ispace will transport it on a SpaceX Falcon 9 rocket.

The rocket will launch from Florida, with the aim of reaching an area of the moon that has not previously been explored. It will be ispace's first moon mission.

The Japanese startup says it will also provide the UAE with communication technology on the lunar surface. It will also supply the lander that transports the rover from the moon's orbit to the lunar surface, according to Adnan AlRais, MBRSC's Mars 2117 program manager.

Landing on the moon

Only three nations — the US, Russia and China — have successfully landed a spacecraft on the moon. The UAE had originally planned to send its rover to the moon in 2024, but AlRais tells CNN that MBRSC "saw an opportunity to launch even earlier with ispace."

The UAE mission hopes to learn more about lunar dust, the moon's soil, and airless bodies — space objects that lack an atmosphere. AlRais says one of the experiments could also help determine the kinds of materials used in space suits or the landing systems used to put humans on the moon. The landing site will be announced soon, he adds.

A settlement on Mars

The Emirates Lunar Mission is part of a wider strategy for the UAE to reach Mars by 2117. Scientists say the unmanned moon mission could be a building block for this project.

Last year, the UAE successfully launched the Hope Probe, the country's first Mars mission. In February, the probe reached the red planet and entered orbit on its first attempt. In 2019, the UAE sent the first Emirati to space.

"The moon is our gateway to Mars," says AlRais. "The Mars 2117 strategy is our long-term vision to build a settlement on the surface of Mars.

"In order to do that, we need to focus on the development of certain science and technologies," he adds. "We will use the moon to test those technologies." — Courtesy CNN

These were the details of the news UAE partners with Japanese company ispace to launch moon rover in 2022 for this day. We hope that we have succeeded by giving you the full details and information. To follow all our news, you can subscribe to the alerts system or to one of our different systems to provide you with all that is new.