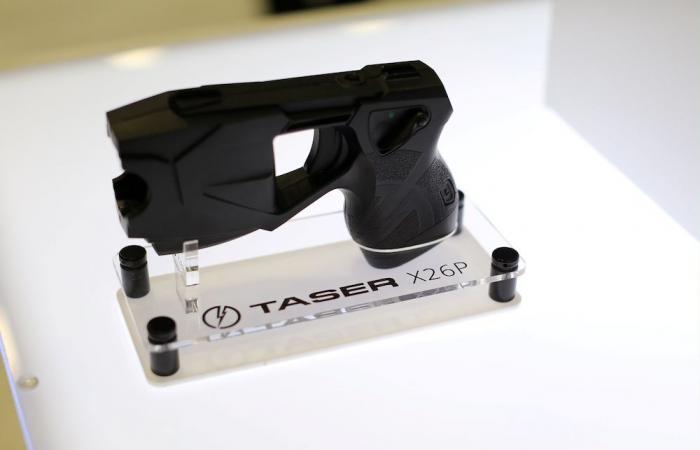 MINNEAPOLIS, April 14 — The company that manufactures Tasers says it has implemented design features and training recommendations to reduce the chances that law enforcement officers would confuse the electroshock weapon for a handgun when using force.

But after a police officer shot and killed a Black man in Minnesota on Sunday when, according to authorities, she mistakenly drew her gun instead of her Taser, experts said it is clear that problems persist with Taser training and the weapon’s design.

At least 18 officers have made such errors in the past two decades, sometimes with deadly outcomes, according to data collected by John Peters, a former police officer who served as an expert witness in a prominent “weapon confusion” case involving a 2009 fatal shooting in California.

Daunte Wright, 20, died in the Minneapolis suburb of Brooklyn Center after what the city’s police chief on Monday called an apparent “accidental discharge” by an officer who drew her gun instead of her Taser during a struggle following a traffic stop.

Officer Kim Potter, a 26-year veteran of the Brooklyn Center Police Department, and Police Chief Tim Gannon both resigned on Tuesday. The investigation into the incident is ongoing, and the department has not yet said what caused Potter to draw the wrong weapon.

Civil rights advocates have balked at the notion that Wright’s death was accidental. In interviews, experts in police use of force said they did not have enough information about Sunday’s shooting to assess what went wrong.

“What we’re seeing is that in these incidents police officers often act in ways that are inconsistent with their law enforcement training,” Stinson said. “These devices look and feel like handguns, and that’s the core problem.”

Arizona-based Axon Enterprise Inc, which makes Tasers, said in an email that its efforts to minimise confusion have included giving the weapons a different grip and making them heavier than firearms. Tasers are also available in yellow to contrast with a black gun, the company added.

For many experts, the biggest issue when it comes to weapon confusion is inadequate training on Tasers.

“On average a recruit will draw their firearm about 5,000 times in the police academy, but maybe at most draw their Taser 10 times,” said Peters, president of the Nevada-based Institute for the Prevention of In-Custody Deaths.

As a result, in stressful situations an officer’s “motor memory” can kick in “and you go for your gun,” Peters said.

Peters testified as an expert witness at the trial of former Bay Area Rapid Transit (BART) police officer Johannes Mehserle, who fatally shot a man named Oscar Grant in 2009 in Oakland, California. Mehserle was convicted of involuntary manslaughter and sentenced to two years in prison. Mehserle is one of just two US police officers to be criminally charged after confusing a handgun for a Taser, Peters said.

Mike Leonesio, a former police officer and former master Taser instructor, said there is no research proving the Taser’s colour makes a difference in the heat of a stressful encounter.

“In training I’ve done, often officers don’t even remember drawing their weapon or what it looked like,” said Leonesio, who advocated more training to avoid such mix-ups.

Axon recommends that officers carry a Taser in a separate holster from their gun and on an officer’s non-dominant side, with the gun positioned on the dominant side. Ultimately, each policing agency develops its own policy.

The Brooklyn Center police manual states that officers must position Tasers “in a reaction-side holster on the side opposite the duty weapon.” It also says officers need to be trained at least annually, and the training should include “performing reaction-hand draws or cross-draws to reduce the possibility of accidentally drawing and firing a firearm.”

The police department did not respond to questions from Reuters about the positioning of Potter’s device, her overall training history or how many hours of Taser training she underwent annually.

The manual says an officer should give a verbal warning before using a Taser. On body camera footage released from Sunday’s incident, Potter can be heard shouting “Taser, Taser, Taser!” before shooting Wright with her gun and exclaiming, “Holy shit, I just shot him.”

Paige Fernandez, a policing policy advocate with the American Civil Liberties Union, said the issue over whether Potter mistook her gun for her Taser is a distraction from the overarching issue of systematic racism within police forces. Fernandez said she believed such racism played a role in Wright’s death.

“Policing as an institution is the problem,” Fernandez said. — Reuters

These were the details of the news Taser vs gun mix-ups draw fresh scrutiny in wake of Minnesota killing for this day. We hope that we have succeeded by giving you the full details and information. To follow all our news, you can subscribe to the alerts system or to one of our different systems to provide you with all that is new.