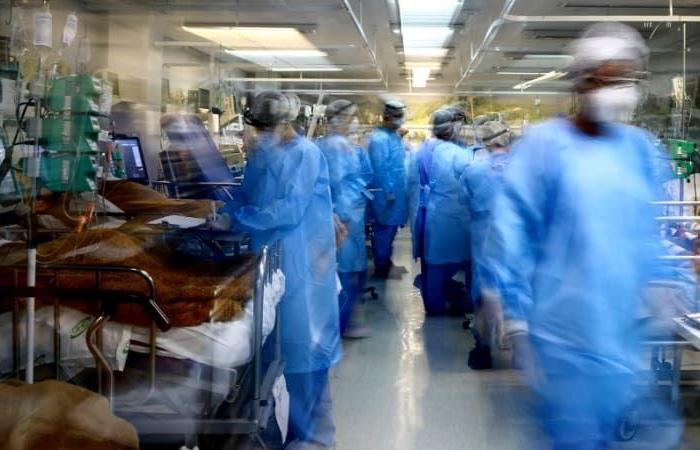 The number of people aged 39 or younger in intensive care units with Covid-19 in March rose sharply to more than 11,000, or 52.2 percent of the total, said the Brazilian ICU Project.

That was up from 14.6 per cent of total ICU patients early in the pandemic and around 45 per cent from September through February.

“Previously, this was a population that would typically only develop a less-severe form of the disease and would not need intensive care. So the increase for this age group is very significant,” said Dr. Ederlon Rezende, co-coordinator of the project, an initiative of the Brazilian Association of Intensive Medicine (AMIB).

He said various factors could be driving the increase.

Patients over 80, who fell from 13.6 per cent to 7.8 per cent of the total in Brazil’s ICUs in March, are now largely vaccinated.

Young people are also more likely to expose themselves to the virus, whether because they have to leave home to work or believe they are less vulnerable, he said.

Another factor may be the new Brazilian variant, known as P1, which experts say is partly responsible for the country’s Covid-19 death toll exploding in March.

The numbers suggest that P1, which can re-infect people who have had the original strain of the virus, may also be more virulent, Rezende said.

“The patients arriving in ICUs now are younger, have no pre-existing conditions and are developing more severe cases of the virus, too,” he told AFP.

The number of ICU patients without pre-existing conditions increased by nearly a third in March, to 30.3 per cent of the total.

And the proportion of patients put on ventilators reached a pandemic record of 58.1 per cent in March, according to the project’s data.

The disease has claimed a total of 351,000 lives in the country of 212 million people, a death toll second only to that of the United States. — AFP

These were the details of the news Brazil now has more young than old Covid patients in ICUs for this day. We hope that we have succeeded by giving you the full details and information. To follow all our news, you can subscribe to the alerts system or to one of our different systems to provide you with all that is new.