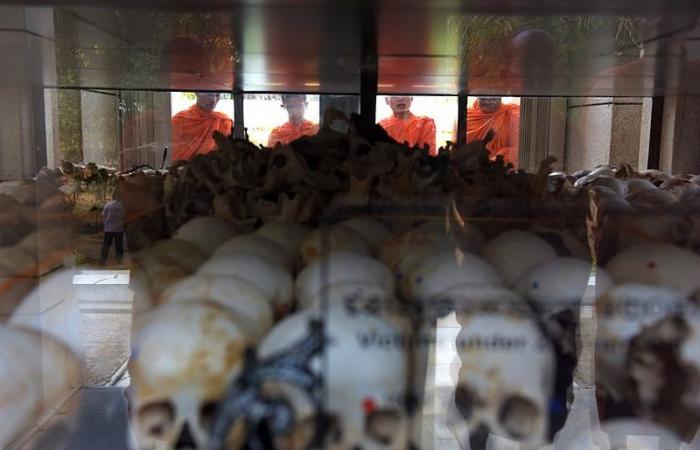 PHNOM PENH, April 11 — Cambodia called on US media group VICE to withdraw an article featuring newly colourised photos of the Khmer Rouge “killing fields” victims, saying the images were an insult to the dead because some mugshots had been altered to add smiles.

At 1200 GMT today, the article later was no longer available on the VICE.com website.

In the article published on Friday, artist Matt Loughrey said his project to colourise images from the notorious Tuol Sleng prison, or S-21, aimed to humanise the 14,000 Cambodians executed and tortured there.

However, the article caused a backlash on social media after comparisons with the original black-and-white photos showed that some subjects were smiling only in Loughrey’s colour images. The VICE article did not contain the original images.

“To play around by using technology to put make-up on the victims of S21 is a very grave insult to the souls of the victims of #genocide,” exiled Cambodian politician Mu Sochua wrote on Twitter.

Cambodia’s Ministry of Culture issued a statement calling on Loughrey and VICE to remove the images.

“We urge researchers, artists and the public not to manipulate any historical source to respect the victims,” the ministry said.

Loughrey, who in the VICE interview said he had worked with victims’ families to restore the photos, declined to comment when contacted by Reuters.

VICE also did not respond to a request for comment but today added an editor’s note, before the article later disappeared from the site.

“It has been brought to our attention that the restored portraits published in this article were modified beyond colourisation. We are reviewing the article and considering further actions to correct the record,” it said

Youk Chhang, director of the Documentation Center of Cambodia, compared the alterations to rewriting history. An online petition demanding the article be removed gained thousands of signatures.

At least 1.7 million Cambodians died in the extremist Khmer Rouge’s reign of terror in Cambodia from 1975 to 1979. — Reuters

These were the details of the news Cambodia condemns VICE for images by artist who added smiles to Khmer Rouge victims for this day. We hope that we have succeeded by giving you the full details and information. To follow all our news, you can subscribe to the alerts system or to one of our different systems to provide you with all that is new.

PREV Vancouver Sun: At least one dead after shooting at Vancouver airport
NEXT India's lauds Gulf assistance in fighting COVID-19