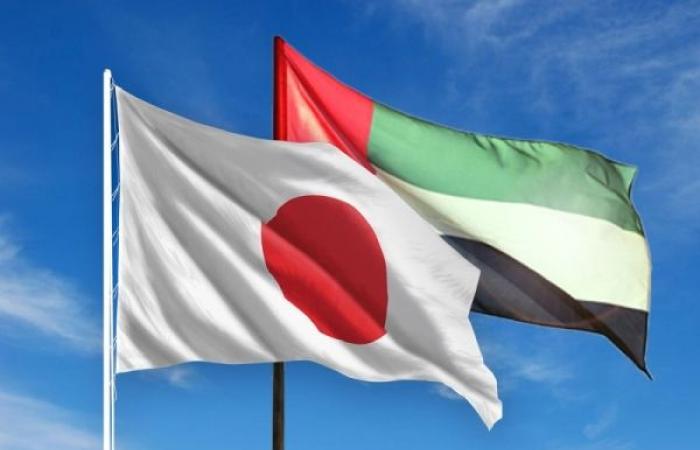 Hind Al Soulia - Riyadh - ABU DHABI — UAE's Ministry of Energy and Infrastructure and the Japanese Ministry of Economy, Trade, and Industry signed a virtual cooperation agreement to explore the opportunities in the field of hydrogen development.

The agreement will expand the joint areas of collaboration and enhance investment in the hydrogen sector, supporting the ambition to accelerate the energy transition towards a low-carbon future.

The agreement, which was signed by UAE's Minister of Energy and Infrastructure Suhail Al-Mazrouei and Japan's State Minister of Economy, Trade, and Industry Ejima Kiyoshi in the presence of high-ranking officials from both sides, contributes to strengthening the bilateral relations between the UAE and Japan, as well as emphasizing the UAE ministry's approach to developing the scope of strategic partnerships between the two friendly countries in terms of their pursuit of global leadership in the field of clean energy, and enhancing the opportunities for growth and development in relying on hydrogen as a clean source of energy.

At the outset of the virtual meeting, Suhail Al-Mazrouei welcomed the attendees, emphasizing that the agreement reflects the development of relations between the countries of the UAE and Japan and that the agreement is an extension of the historic partnership between UAE and Japan in various fields, which includes the close collaboration in the energy, infrastructure and transport sectors as Japan is considered one of the world leaders in those areas that represent a major supporter of the national economies.

Such partnerships support the direction of the two countries toward achieving the goals of the Paris Climate Agreement, as well as contributing to forming the shift towards clean, renewable energy by relying on hydrogen production. He pointed out that the United Arab Emirates aims to intensify its efforts to enhance investment opportunities in the field of hydrogen and promote work on developing technologies and reducing costs for green and blue hydrogen production.

He added: "The agreement also aims to open broad prospects for growth and development as part of the two countries' efforts to diversify the energy mix, relying on clean energy, building more partnerships, and strengthening cooperation to take advantage of the opportunities associated with the global leadership of the UAE and Japan in the fields of innovation, technology, and sustainability.

"This agreement pursues as well the cooperation to exchange information related to hydrogen production, building the supply chain and transport to Japan, and exchanging information to develop regulations and policies".

Al-Mazrouei indicated that UAE seeks to reduce the carbon footprint by implementing the 2050 energy strategy aiming at reducing carbon dioxide in the country by 70 percent, and raising the individual and institutional consumption efficiency by 40 percent by the year 2050.

"We also aim to diversify the future energy mix, and raise the contribution of clean energy to the total energy mix produced in the country to 50 percent," he said.

It is noteworthy that the Ministry of Energy and Infrastructure recently joined the Abu Dhabi Hydrogen Alliance, which was established by Mubadala Investment Company, Abu Dhabi National Oil Company (ADNOC), and Abu Dhabi Holding Company (ADQ), with the aim of establishing the UAE's position as a reliable exporter of green hydrogen, which is produced by employing renewable energy technology, and blue hydrogen that is produced through natural gas and carbon capture and storage technology.

These were the details of the news UAE and Japan sign agreement to explore opportunities in hydrogen development for this day. We hope that we have succeeded by giving you the full details and information. To follow all our news, you can subscribe to the alerts system or to one of our different systems to provide you with all that is new.