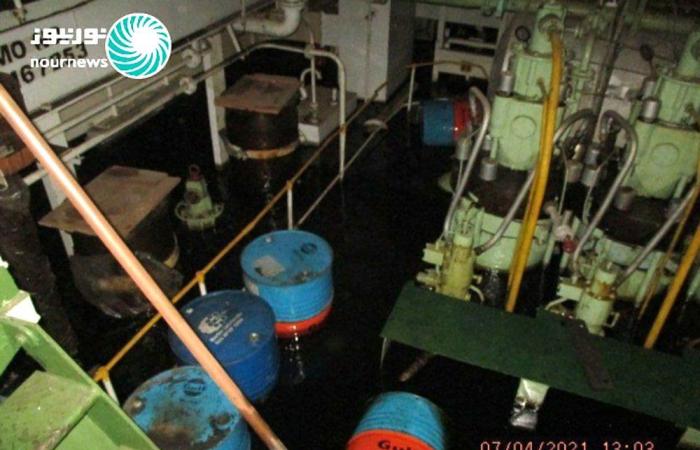 You are now following the details of the Analysis: Attack on Iran ship off Yemen escalates shadow war news and now we leave you with the details

Mohamed Nass - Cairo - DUBAI, United Arab Emirates (AP) — An attack this week on an Iranian cargo ship that is said to serve as a floating base for Iran’s paramilitary Revolutionary Guard forces off the coast of Yemen has escalated a yearslong shadow war in Mideast waters. The development comes just as world powers are negotiating over Tehran’s tattered nuclear deal.

The assault on the MV Saviz on Tuesday appears to have caused the most-extensive damage yet in this shadow war, seemingly between Iran and Israel — and one that could further escalate regional tensions. Attacks and counterattacks between the two nations could spin out of control.

Since at least 2019, there have been a series of mysterious attacks on vessels, typically with limpet mines attached by a special forces diver to a ship’s hull. The attacks came at a time of mounting tensions between Iran and the United States over then-President Donald Trump’s decision to unilaterally pull out of the atomic accord.

The US Navy blamed a series of blasts in June 2019 in the Gulf of Oman off the coast of the United Arab Emirates on Iran. Video after one blast showed Revolutionary Guard troops removing an unexploded limpet mine from one targeted ship, something never fully explained by Tehran.

Who planted the first explosive in this conflict remains unclear. Iranian vessels similarly have suffered mysterious incidents at sea, with the first public case involving an Iranian oil tanker in May 2019. As time went on, Iran began acknowledging attacks on its own vessels, as recently as an explosion onboard a cargo ship in the Mediterranean Sea in March. There’s yet to be a clear accounting of all the ships struck.

In recent weeks, Israel also publicly entered the conflict. An Israeli-owned car carrier suffered an apparent limpet mine blast in February. Israeli Prime Minister Benjamin Netanyahu blamed Iran for the attack at the time, saying: “Iran is the greatest enemy of Israel, I am determined to halt it. We are hitting it in the entire region. ”

Then came the explosion on the MV Saviz.

While the previous attacks on shipping targeted only commercial vessels and caused cosmetic damage above the waves, Tuesday’s blast apparently blew through the hull of the Saviz below its waterline. While still floating off the Dahlak archipelago, a chain of islands off the coast of the African nation of Eritrea, it appears the damage to the vessel was severe.

Salt water from the Red Sea flooded through the vessel’s engine room, according to images released Thursday by the website Nournews, which is believed to be close to Iran’s Supreme National Security Council. The photos bore timestamps from Wednesday afternoon and showed the ship’s registration number from the International Maritime Organization, a United Nations agency regulating vessels at sea.

A satellite image shot Wednesday by Planet Labs Inc. later analyzed by The Associated Press appears to show an oil leak trailing behind the vessel.

While Iranian authorities described the damage done to the ship as minor, flooding in the Saviz’s engine room would affect its ability to power its propellers and move, as well as generate electricity for the ship. If Iran is unable to pump the water out and fix the damage at sea, another vessel likely will need to come to aid it and perhaps even tow it back to port for repairs.

Losing the Saviz would be a blow to Iran’s efforts to project power into the Red Sea and the ongoing war in Yemen. Saudi military briefing papers earlier obtained by the AP show the kingdom believes the ship conducts both visual and electronic surveillance. Analysts at the Washington Institute for Near-East Policy describe the vessel as an “Iranian mothership” and a floating armory.

Iranian officials, however, so far have been trying to downplay the incident. That likely springs from the ongoing talks in Vienna that could mean billions of dollars in American sanctions relief. They also have faced two mysterious attacks later blamed on Israel last year without a major response — the explosion at an advanced centrifuge plant at its Natanz nuclear facility and the killing of a scientist who began the country’s military nuclear program decades earlier.

Israel, whose officials and Mossad intelligence service rarely publicly acknowledge such attacks, have followed the same playbook when it comes to the recent attacks on Iran. However, Netanyahu has for years described Iran as an existential threat to his nation due to its support for militant groups like Lebanon’s Hezbollah and the Palestinian Hamas, and has hinted that his country will act if necessary against it.

Netanyahu, premier of a state with its own secret nuclear weapons program, long has accused Iran of seeking nuclear weapons. Iran has maintained its nuclear program is peaceful. Netanyahu has also kept up his criticism of Iran’s nuclear deal, which if followed strictly limits Tehran’s ability to enrich and stockpile uranium, blocking it from being able to make a weapon.

“History has taught us that deals like this, with extremist regimes like this, are worth nothing,” Netanyahu said Wednesday at a Holocaust remembrance ceremony. “An agreement with Iran that will pave the way for nuclear weapons — weapons that threaten us with destruction — we will not be obligated to such an agreement in any way. We have only one obligation: to prevent anyone who seeks to destroy us from carrying out his plot.”

That suggests the shadowy war at sea will continue. And while it hasn’t seen any reported deaths, a string of attacks in the 1980s on oil tankers in the Persian Gulf did lead once to a one-day naval battle between Iran and the U.S. Any further incidents risk a further escalation as diplomats negotiate.

IMAGE: This photo released by Nournews on Thursday, April 8, 2021, shows the flooded engine room of the Iranian ship MV Saviz after being attacked in Red Sea off Yemen. (Nournews via AP)

These were the details of the news Analysis: Attack on Iran ship off Yemen escalates shadow war for this day. We hope that we have succeeded by giving you the full details and information. To follow all our news, you can subscribe to the alerts system or to one of our different systems to provide you with all that is new.