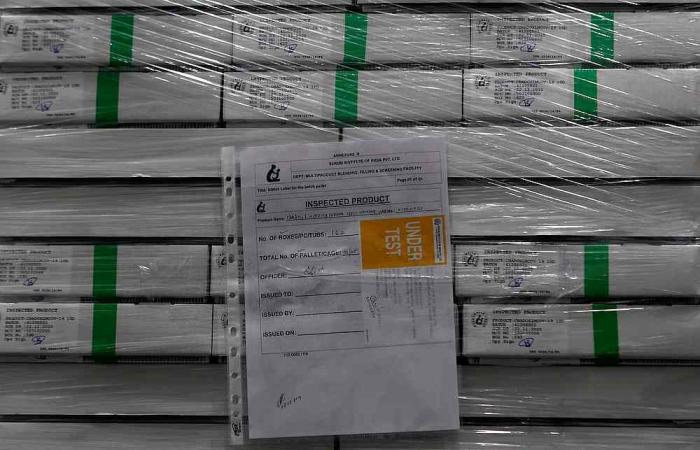 MUMBAI, April 7 — Restrictions on exporting its Covid vaccines have left India’s Serum Institute needing financial help from the government, its CEO said, with the world’s largest jab manufacturer under pressure at home from soaring cases.

Prime Minister Narendra Modi’s government last month put the brakes on exports of AstraZeneca jabs made by the Serum Institute of India (SII) as the nation of 1.3 billion people experienced an alarming new wave of infections.

The pressure has meant production capacity at SII is “very stressed, to put it quite frankly”, the firm’s CEO Adar Poonawalla told NDTV late yesterday.

“The globe needs this vaccine and we are prioritising the needs of India at the moment and we are still short of being able to supply... to every Indian that needs it.”

The company now requires additional funding of 30 billion rupees (RM1.67 billion) to ramp up capacity and has asked the government for financial help, he added.

“This was never budgeted or planned initially because we were supposed to export and get the funding from export countries but now that that is not happening, we have to find other innovative ways to build our capacity,” Poonawalla said.

SII, which produces over two million doses of Covishield — the local name for the AstraZeneca vaccine — a day, is providing the jab at a subsidised rate of around 150 rupees to India, significantly less than what it charges for exports.

“The price that is set is profitable, however it is not profitable enough to re-invest substantially in building capacity,” Poonawalla said.

SII — which recorded annual revenues of over US$800 million in 2019-20 — has seen its profile soar since the pandemic, with several countries including Britain, Brazil and South Africa clamouring to buy its vaccine.

The firm has also struck a deal to supply 200 million doses to Covax, a World Health Organization-backed effort to procure and distribute inoculations to poor countries.

The country began vaccinating people aged over 45 last week, aiming to inoculate 300 million people by August. So far it has administered around 87 million shots.

India recorded over 100,000 cases in a single day for the first time on Monday, with New Delhi and other cities imposing new curbs on movement and public gatherings in response to the spike. — AFP

These were the details of the news World’s largest Covid vaccine maker says needs Indian government funds for this day. We hope that we have succeeded by giving you the full details and information. To follow all our news, you can subscribe to the alerts system or to one of our different systems to provide you with all that is new.