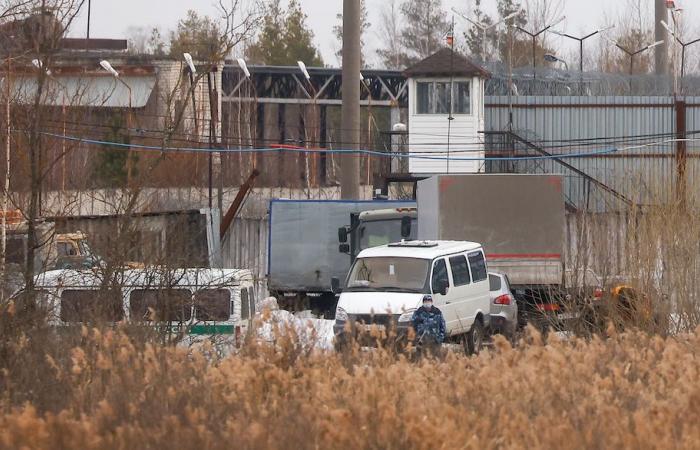 POKROV (Russia), April 6 — Russian police detained nine people outside a prison holding Kremlin critic Alexei Navalny on Tuesday as a small group of his supporters came to the facility and authorities turned away a doctor who tried to see him.

Navalny, 44, a prominent opponent of President Vladimir Putin, announced a hunger strike last week in protest at what he said was the refusal of prison authorities to treat him properly for acute back and leg pain.

Some allies had threatened to protest at the prison in the town of Pokrov from Tuesday unless he saw a doctor of his choice and was given proper medicine. The prison has said his health is satisfactory and that he has had all necessary medical care.

Today, Anastasiya Vasilyeva, a Navalny ally who leads a doctors’ trade union that authorities see as opposition activists, said she had not come to protest.

Instead, she said she had an appointment with a senior prison official and wanted to be let in to see Navalny and check on his health. She was turned away.

Police later detained her along with at least six other people, including several supporters and two reporters for CNN, according to Reuters correspondents.

“All our peaceful actions don’t work. It feels like they want to kill Alexei,” Vasilyeva said as she was led away.

Police said nine people had been taken into custody for flouting public order.

Authorities stepped up security at the prison early on Tuesday, closing a parking lot to all but prison staff, setting up a makeshift checkpoint and blocking the road.

“It is now under a special (security) regime,” a policewoman told Reuters.

Navalny said late on Monday that he had a high temperature and bad cough and that three inmates in his ward had been hospitalised with tuberculosis. He said, however, that he planned to continue his hunger strike.

The pro-Kremlin Izvestia newspaper later cited the state prison service saying that Navalny had been moved to a sick bay and tested for the coronavirus.

The Kremlin declined to comment on Navalny’s health, but said that he would receive medical care like any other prisoner if he was ill.

Antonina Romanova, a Navalny supporter, said she had come to show solidarity.

“I believe he is innocent. I’m fully on his side,” she said. “It happens that for some reason the people who can sort things out in the country end up in jail,” she said. — Reuters

These were the details of the news Russia detains Navalny supporters outside prison holding Kremlin critic for this day. We hope that we have succeeded by giving you the full details and information. To follow all our news, you can subscribe to the alerts system or to one of our different systems to provide you with all that is new.