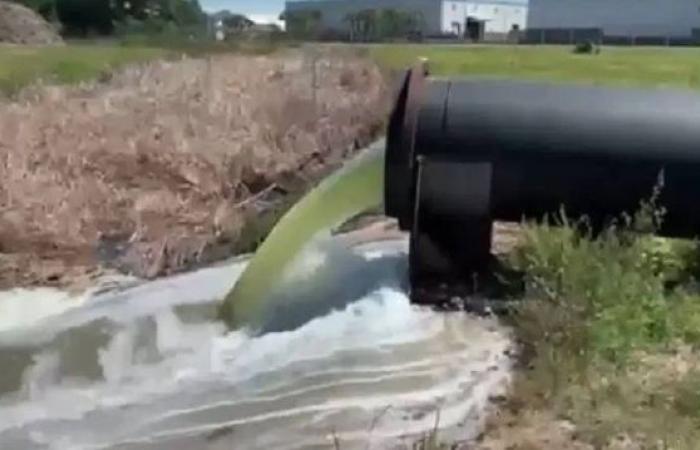 Hind Al Soulia - Riyadh - TAMPA, Florida — Hundreds of residents in Manatee County, Florida, were ordered to evacuate their homes over Easter weekend as officials feared that a wastewater pond could collapse "at any time." On Saturday, Florida Governor Ron DeSantis declared a state of emergency for the area.

County officials said the pond, located at the former Piney Point phosphate processing plant, had a "significant leak," according to CBS affiliate WTSP-TV. The Manatee County Public Safety Department told people near the plant to evacuate due to an "imminent uncontrolled release of wastewater."

"A portion of the containment wall at the leak site shifted laterally," said Manatee Director of Public Safety Jake Saur, "signifying that structural collapse could occur at any time."

On Monday, CNN reported, officials said there is no second breach in a Florida wastewater reservoir containment wall that is in danger of collapsing, according to the state's Department of Environmental Protection.

Earlier Monday, an infrared drone detected a possible second breach in the containment wall of the Piney Point wastewater pond, officials said — creating what the governor has called a "real catastrophic flood situation."

But the Florida DEP said in an afternoon update the technical working group that includes engineers and dam safety specialists from a host of different state, federal and other third-party groups determined the site was safe for continued work. Officials also confirmed the water is not radioactive.

As of Monday afternoon, the leaks have not been fixed, according to officials. Thermal imaging from a drone on Sunday night identified "a number of sites" in one concentrated area in the eastern wall of the south pond where temperatures indicated that water was seeping through. The most visible breach continues to be the one at the southeast corner.

The Manatee County Public Safety Department declared a state of emergency Saturday. Besides the flooding danger, the leak could have also caused a collapse of phosphogypsum stacks, radioactive waste that is created during fertilizer production and phosphate rock mining.

Manatee County took the precaution of transporting 267 inmates Sunday night to a correctional facility in nearby Polk County, said Randy Warren, the spokesperson for the Manatee County Sheriff's Office.

At a news conference Monday, officials said they expect to ramp up their efforts to pump the water as the day goes on. "By the end of the day, when the additional pumps come online, we will more than double the volume of water that we're pulling out of that retention pool," acting County Administrator Scott Hopes said.

"We should be looking at anywhere from 75 to 100 million gallons a day by the end of the day."

US Rep. Vern Buchanan, a Republican whose district includes Manatee County, said Monday the leak could have a significant environmental impact on the area in terms of algae blooms.

"I've been following red tide for 20 years — you know, that can have a big impact on all of Florida," he said. "It gets back to public safety and marine life, and we see these manatees dying, and what it does to small businesses and restaurants and everything else."

Buchanan said he wants the problem "fixed permanently, because this is something that's been going on for a long time."

State environmental officials said in a statement Saturday that "while this water meets most water quality standards for marine waters, there are elevated levels of nutrients and the water is acidic."

After an aerial tour Sunday DeSantis said response teams are trying to prevent a "real catastrophic flood situation" in the Piney Point reservoir area. The governor assured the public that the water being discharged to nearby Port Manatee, on the Gulf Coast, is not radioactive.

"What we're looking at now is trying to prevent and respond to, if need be, a real catastrophic flood situation," DeSantis said.

"The goal is to ensure the integrity of the stack system as quickly as possible in order to minimize impacts to local residents and to prevent an uncontrolled discharge."

"The water distribution system is a closed system without any way for floodwater to enter," Baugh said. "There is also no threat to our primary source of drinking water, Lake Manatee."

Onsite engineers said a controlled release was necessary to prevent a "catastrophic failure," according to the governor. Controlled discharges that began March 30 and continued Sunday are averaging about 35 million gallons per day, he added.

The Florida National Guard is dropping off additional pumps, which "will be fed into surrounding waterways" to help quickly decrease the water levels in the reservoir, DeSantis said.

"If we should have a full breach, within minutes, we're down to about 340 million gallons that could reach in totality, in a period of minutes, and the models for less than an hour are as high (as) a 20-foot wall of water," Hopes said.

"So if you are in an evacuation area, and you have not heeded that, you need to think twice and follow the orders."

Hopes also said while they are not out of the critical area yet, they believe they will be in "a much better position, and the risk level will have decreased significantly," by Tuesday. — Agencies

These were the details of the news Emergency declared over toxic wastewater leak in Florida for this day. We hope that we have succeeded by giving you the full details and information. To follow all our news, you can subscribe to the alerts system or to one of our different systems to provide you with all that is new. 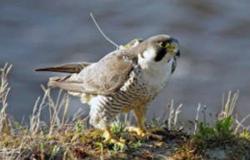 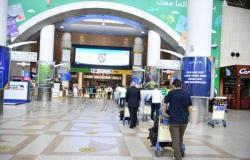 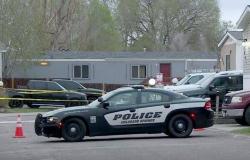 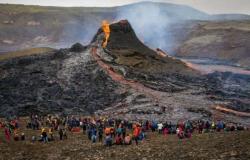