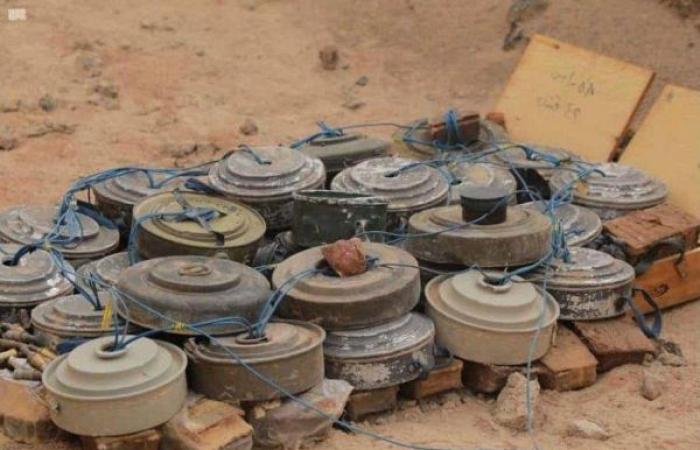 JEDDAH — As many as 348 Yemenis were killed by landmines in 2020, according to a report released by the United Nations Development Program (UNDP) on Sunday.

Littered across the country, mine and unexploded ordnance contamination continue to pose a major risk of death and injury to civilians, the report noted.

The report, however, did not directly blame the Iranian-backed Houthi militia for planting the deadly landmines, many international organizations, as well as the legitimate and internationally recognized government, have held the militia responsible.

In fact, many Yemeni activists have criticized UN agencies for involving the militia in mine clearance programs.

The UNDP, which is carrying out demining operations in the war-hit country in cooperation with the Yemen Executive Mine Action Center (YEMAC), said in the report that the landmines have destroyed the livelihood of scores of Yemenis.

“Shadowed under an ever-present fear that degrades community social structures, contamination also destroys livelihoods and has a significant negative impact on the wider economy,” the report said.

“Ongoing cooperation between UNDP and YEMAC has resulted in the restoration of thousands of livelihoods, strengthened local demining capacity — including the certification of Yemen’s first woman deminer — and assisted Yemen with the implementation of key mine action convention obligations,” said Lootsma, UNDP Yemen Resident Representative.

Meanwhile, Saudi Project for Landmine Clearance in Yemen (Masam), which is also involved in landmine clearing operations said on Sunday that it dismantled of 2,277 mines and ordnances during the last week of March, bringing the total of explosive objects neutralized by the mission to 10,240 in that month alone.

Masam claimed that it has so far removed 230,592 mines and unexploded ordnance from the war-ravaged country.

These were the details of the news Houthi landmines killed 348 Yemenis in 2020 for this day. We hope that we have succeeded by giving you the full details and information. To follow all our news, you can subscribe to the alerts system or to one of our different systems to provide you with all that is new.