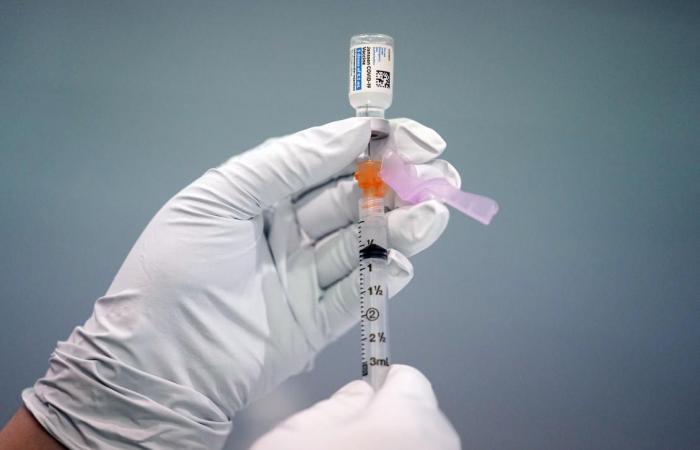 Jeddah - Yasmine El Tohamy - NEW DELHI: With less than a week to go before regional elections in the southern Indian state of Kerala, experts and political analysts say millions of migrant workers who have returned from the Gulf and the Middle East could decide who claims the top seat this year.

Kerala goes to the polls on April 6.

An estimated 1.2 million foreign workers — out of more than 4 million who reside in Gulf countries and contribute 30 percent of the state income — returned to the coastal state last year after the COVID-19 pandemic rendered them jobless and dealt a heavy blow to the low-skilled workers’ category. Most of those returning are low-skilled workers.

“The migrant workers are going to decide the fate of at least 25 constituencies out of 140 this year,” Prof. Irudaya Rajan from the Center for Development Studies, a think tank based in the capital Thiruvananthapuram, told Arab News on Wednesday.

Rajan added that some workers might avenge the “treatment meted out to them by the government” and vote accordingly.

“They will vote according to the response that the government showed when they returned to Kerala. Earlier, these people used to influence their family from outside. Now that they are here, they will influence the voting patterns,” Rajan said.

India does not give voting rights to nonresident Indians (NRIs).

Nevertheless workers who are back in the country can dictate the political fortunes of the ruling Left Democratic Front (LDF) government, which has faced flak for “doing little” for the returnees.

The workers who are back in the country can dictate the political fortunes of the ruling Left Democratic Front (LDF) government, which has faced flak for ‘doing little’ for the returnees.

“The present government did not give us anything after we came back home despite promises made by the chief minister,” Christopher Shajji, who returned to Kerala from the UAE in July after spending 18 years in the emirates, told Arab News.

“For the last five months, I have been sitting at home without any money and no job. How can we vote for the government?” Shajji, 48, added.

The father of two and sole breadwinner of the family, Shajji was working as a team leader in a designer company in Dubai before the pandemic and subsequent downsizing in the company forced him to pack his bags and return to India.

Thomas Gomes, 58, who relocated to Kerala last year after working in a Dubai-based shipping company for more than 30 years, voiced a similar grievance.

“The Kerala government issued a public notice last year that they are giving financial support to those who returned from the Gulf. I applied for the fund, but I could not get anything,” he told Arab News.

“Now I borrowed money from some people and started a small shop near my house to make ends meet,” he added.

In Muslim-dominated northern Kerala, the impact of returnees and lack of financial resources is more apparent.

Most households in this region have families living in the Gulf, with several criticizing the government for “not doing anything to support them.”

“Whatever help was extended to the people came through community support. We will vote against the government for neglecting us,” Rafeek Parakkal of the Kerala Muslim Cultural Center, a charity organization, told Arab News.

“There are 15 assembly seats in north Kerala, and none of them would go to the LDF,” he added.

The KMCC is associated with the Kerala-based political party, the All India Muslim League, an ally of the Congress-led United Democratic Front (UDF), making a serious bid for power this time.

The Kerala government, however, claims that it has taken several steps to “address the concerns of the migrants.”

“We are offering a loan scheme of 30 lakh rupees ($42,000) to the returnees in which the Kerala government is giving 15 percent subsidy,” Shalin Mankuzhy, of the Non-Resident Keralites Affairs (NORKA), told Arab News.

The NORKA is a state government department to redress grievances of non-resident Keralites.

“Around 500 people have used this facility in the past year,” Mankuzhy said, adding that “many feel that it’s not the right time to take a loan.”

He said that most overseas workers had returned from the GCC (Gulf Cooperation Council) countries, after which NORKA had “made arrangements for the skill development of low-skilled workers.”

However, experts disagree with the Kerala government’s assertion.

“Many returned from the Gulf countries because of the non-payment of salaries. Unfortunately, the Kerala government does not have any concrete plan to rehabilitate them,” Rejimon Kuttappan, a Kerala-based researcher on migrant workers, told Arab News.

“Though the government has started some skills development programs, many of them work as gardeners, cleaners, or fishermen because of the lack of industry in the state,” he added.

Kuttappan said that a worker who had returned empty handed “soon realizes that the state government has failed to support them in the reintegration and rehabilitation, and that is going to shift the vote from the LDF to other parties.”

Mini Mohan, a Trivandrum-based researcher, agreed that the palpable “anger of migrant workers would affect the elections.”

“The government does not have any livelihood programs for most of them, there is no assurance from the ruling party, and there is confusion created by the government in handling the returnees — all these factors might work against the LDF,” Mohan, who is associated with the human and labor rights group Equidem Research and Consulting, told Arab News.

These were the details of the news Johnson & Johnson COVID-19 vaccine batch fails quality check for this day. We hope that we have succeeded by giving you the full details and information. To follow all our news, you can subscribe to the alerts system or to one of our different systems to provide you with all that is new.