Duterte calls for patience amid anger over pandemic response 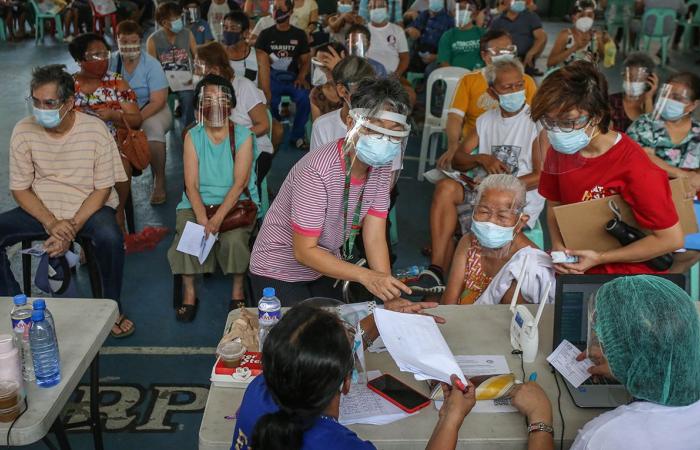 Jeddah - Yasmine El Tohamy - NEW DELHI: Former Chief Minister of Jammu and Kashmir Mehbooba Mufti on Tuesday alleged that New Delhi’s refusal to issue her a new passport was “punishment” over her opposition to the abrogation of the region’s special status in 2019.

Her exclusive comments to Arab News came a day after the central government rejected the Kashmiri politician’s request for the document because she was “detrimental to the security of India.”

“Our country is no longer run according to the constitution of India. It is working on a hateful agenda of a particular party which criminalizes dissent,” Mufti, who is also president of the pro-India People’s Democratic Party (PDP), said.

“Anyone who raises his or her voice against their punitive actions is punished. My case is no different. I am being punished for raising my voice against the unconstitutional scrapping of special status of J&K,” she added.

It also divided the state into two union territories: Ladakh and Jammu and Kashmir, before placing the entire region under a curfew for several months, denying residents their fundamental rights, and detaining hundreds of political workers and activists.

Mufti and several of her party colleagues spent months under house arrest, while some PDP leaders continue to be detained.

Mufti said that she and her mother applied for a new passport in January this year after the documents expired in May 2020.

On Friday, however, the Srinagar-based Regional Passport Office (RPO) informed Mufti that her application had been rejected based on an “adverse” report and recommendation by the Criminal Investigation Department (CID).

On Monday, after the Jammu and Kashmir High Court dismissed her plea to intervene in the matter, Mufti sad that she felt “sad to see the judiciary also washing their hands of the matter which denies me my fundamental rights.”

“It is absolutely preposterous that my mother has been denied a passport because she is perceived as a threat to national security,” the 61-year-old PDP leader said, adding: “India’s descent into an electoral autocracy has begun.”

However, he said that “we submitted whatever report we had to submit, and it was the RPO that took the final call.”

“When we submit a report, we take a holistic view, and it is the responsibility of the RPO, which is a quasi-judicial body, to take a call whether a passport has to be granted or not. Our role is to give a full range of information that helps the RPO in taking the decision. It is the final authority,” Swain told Arab News on Tuesday.

Mufti hails from one of Kashmir’s oldest political dynasties, with her father, late Mufti Mohammed Sayeed, serving as the union tourism minister in 1986 and as home minister of India in 1989.

He served twice as chief minister of Jammu and Kashmir.

After he died in 2016, his daughter became the PDP president and the head of the coalition government where the ruling Bharatiya Janata Party (BJP) was its main ally.

For two years, she led the coalition government before being dismissed in 2018 after the BJP withdrew from the alliance.

Before heading the coalition government in Srinagar, she was a member of the national parliament for four years.

Mufti said that the government’s move to deny her a new passport “smacks of distrust” toward Kashmir.

“When New Delhi is talking to China and also engaging in a dialogue with Pakistan, their actions toward Kashmiris smack of distrust, utter contempt and vengeance,” she said.

“The window for dialogue and engagement seems to be open for everybody except Kashmiris who have had to bear the brunt of this conflict.”

She further underscored the centrality of Kashmir in any talks with Pakistan.

“Kashmiris are the worst sufferers and, therefore, the main stakeholders of the issue. All roads to peace in this region lead through J&K. So Kashmiris cannot be left out of any process for dialogue and reconciliation.”

The BJP justified the government’s move to deny a passport to its former ally by claiming that she was “hobnobbing with terrorists.”

“India anti-terror organization NIA (National Investigative Agency) recently charged Waheed-ur-Rehman Para, the right hand of Mehbooba Mufti, for supporting militants openly. So tell me on what grounds she should be given a passport,” Manzoor Bhat, BJP spokesperson in Kashmir, told Arab News on Tuesday.

“We need to expose Mufti and treat her in the same way as terrorists are treated,” he added.

However, Srinagar-based political analyst Prof. Sheikh Showkat said there was “nothing new about Kashmiris being denied a passport.”

“This is not something new to Kashmiris. They have always been denied the passports,” Showkat, who teaches human rights and international law at the Srinagar-based Central University of Kashmir, told Arab News.

“Now, for the first time, pro-India parties are facing this problem. If it is the fate of such a person who has been in the good books of New Delhi, you can estimate what would be the fate of the ordinary Kashmiris,” he added.

Showkat said that New Delhi’s latest move was “a sign of growing distrust.”

“New Delhi claims that Kashmir has been integrated with mainstream India, but the fact remains that people remain as alienated as before, maybe more.”

These were the details of the news Duterte calls for patience amid anger over pandemic response for this day. We hope that we have succeeded by giving you the full details and information. To follow all our news, you can subscribe to the alerts system or to one of our different systems to provide you with all that is new.