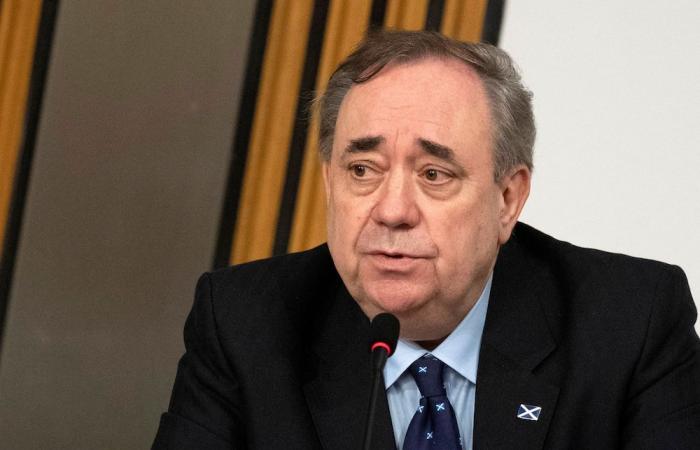 EDINBURGH, March 27 — Scottish leader Nicola Sturgeon said today her scandal-hit predecessor’s return to politics at the helm of a breakaway pro-independence party raised “significant questions” ahead of May elections.

But Alex Salmond’s new Alba Party scored an early coup with the defection of a veteran lawmaker after more than 40 years in Sturgeon’s Scottish National Party (SNP), giving Alba its first MP in the UK parliament in London.

Kenny MacAskill said he disagreed with the SNP’s electoral strategy and endorsed Salmond’s ambition to deliver a “supermajority” for Scottish independence in the coming elections.

At Friday’s launch of Alba —  the Scots Gaelic word for Scotland —  Salmond said the party was not a direct challenge to the SNP and would urge people to vote tactically.

Sturgeon, however, accused her predecessor as SNP leader and Scottish first minister of acting out of “ego”.

“I think there are significant questions about the appropriateness of his return to public office given the concerns that have been raised about his behaviour previously,” she told reporters on the campaign trail.

“But that’s for voters to judge and decide,” Sturgeon added.

“Alex Salmond is a gambler. It is what he enjoys doing. But this is not the time to gamble with the future of the country.”

Salmond, 66, was Scotland’s first minister from 2007 to 2014. He stepped down and handed the reins to Sturgeon after losing a referendum on independence.

The pair, once close friends, have been at daggers drawn for months over her handling of sexual harassment claims against him.

Last year, Salmond was cleared of all criminal wrongdoing over the allegations. Before the trial, a civil court found the SNP government’s investigation into the complaints was unlawful and “tainted by apparent bias”.

Sturgeon was in turn cleared last week of misleading the Scottish Parliament over the scandal, and easily survived a no-confidence vote brought by the opposition Conservatives.

Scotland holds elections for its devolved parliament in Edinburgh on May 6 and the SNP hopes to use the results to push for a fresh poll on independence, after Scots voted overwhelmingly against the UK’s Brexit divorce from the EU in 2016.

But UK Prime Minister Boris Johnson has repeatedly refused to grant Edinburgh the powers to do so, arguing the 2014 independence vote was a “once in a generation” event.

Salmond yesterday defended his past behaviour, noting his acquittal last year by a jury. “So it is time to move on,” he said.

However, opinion polls show his own personal standing has been severely dented, while Sturgeon is seen favourably by a majority of Scots. — AFP

These were the details of the news Scottish leader blasts Salmond’s new party as MP defects for this day. We hope that we have succeeded by giving you the full details and information. To follow all our news, you can subscribe to the alerts system or to one of our different systems to provide you with all that is new.