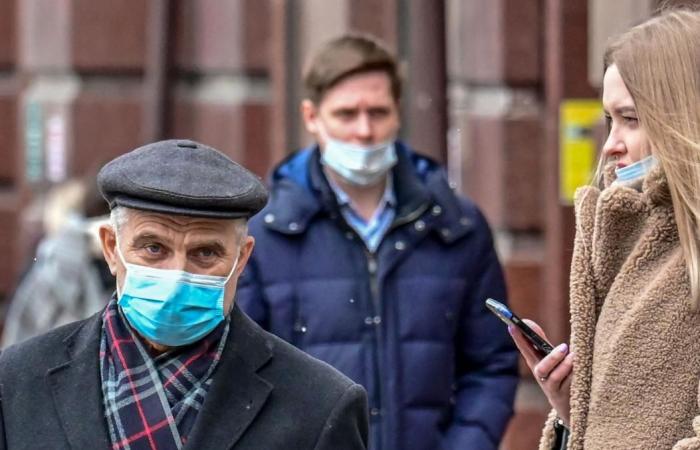 Thank you for reading the news about Russia reports 8,885 new cases of COVID-19 in past 24 hours and now with the details

Jeddah - Yasmine El Tohamy - GENEVA: Countries must reclaim 62,000 people, two-thirds of them children, held in squalid camps in northeast Syria for families associated with Daesh extremists, the International Committee of the Red Cross said on Friday, describing the situation as a “tragedy in plain sight.”
Those held in the Al-Hol displacement camp run by Syrian Kurdish forces come from some 60 countries. They fled Daesh’s final enclaves, and the majority of them are Iraqi or Syrian.
“The tens and thousands of children stranded in Al Hol, other camps and detained in prisons are victims. They are victims no matter what they or their parents might have done or stand accused of,” ICRC President Peter Maurer said in a statement after visiting the sprawling site where it runs a field hospital and provides food and water.
Children, many orphaned or separated from their parents, are growing up in often dangerous conditions in the camp, he said.
In January, the UN said it had received reports of 12 Syrian and Iraqi nationals being murdered there.
Maurer urged authorities to end a “tragedy in plain sight,” adding: “Positive examples of repatriation and reintegration do exist.”

• People held in the Al-Hol displacement camp run by Syrian Kurdish forces come from some 60 countries.

• They fled Daesh’s final enclaves, and the majority of them are Iraqi or Syrian.

Some states have balked at reclaiming their citizens, invoking security concerns, or tried to strip them of their nationality.
Maurer ended a five-day visit to Syria that also included stops in Hassakeh, Daraya outside Damascus, and ministerial-level talks in the capital as the country marks 10 years of war.
President Bashar Assad, with the help of Russian and Iranian forces, has all but crushed the insurgency.
UN rights experts, in an appeal last month, urged 57 states to repatriate nearly 10,000 of their citizens held in the camps in “sub-human” conditions without legal process.
Under international law, states have a duty to repatriate their citizens and, if there is evidence, to prosecute adults for war crimes or other offenses at fair trials in their domestic courts, they said.

These were the details of the news Russia reports 8,885 new cases of COVID-19 in past 24 hours for this day. We hope that we have succeeded by giving you the full details and information. To follow all our news, you can subscribe to the alerts system or to one of our different systems to provide you with all that is new.