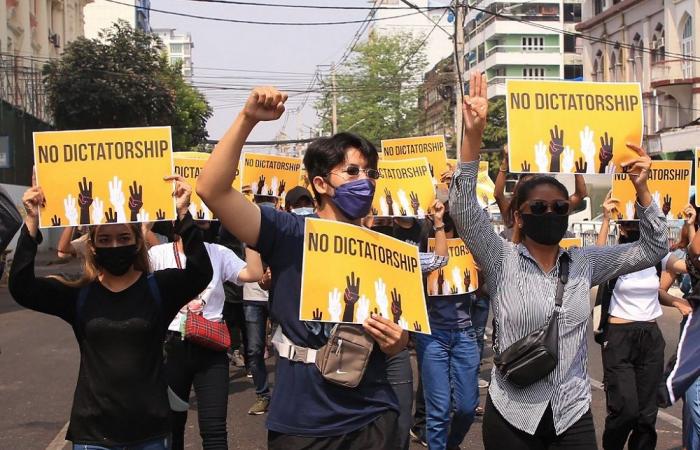 NAYPYIDAW, March 27 — Myanmar’s military will today put on a major show of strength for the annual Armed Forces Day, as it struggles to quell widespread protests against its rule weeks after seizing power.

The country has been in turmoil since the generals ousted and detained civilian ruler Aung San Suu Kyi on February 1, triggering a major uprising demanding a return to democracy.

Anti-coup activists have called for a fresh round of protests today, when the military will hold a parade of personnel and firepower in the capital Naypyidaw.

Fears have been swirling that the day, which commemorates the start of the Burmese army’s resistance to Japanese occupation in World War II, could become a flashpoint for unrest.

“The time has arrived again to fight the military’s oppression,” she wrote on Facebook.

Security forces have increasingly cracked down with lethal force on demonstrations against the coup in recent weeks, using tear gas, rubber bullets and live rounds to break up rallies.

The Assistance Association for Political Prisoners (AAPP), a local monitoring group, says 328 people have been killed and more than 3,000 arrested since the coup.

The protest movement has also included widespread strikes and civil disobedience by government workers, which have hamstrung the functioning of the state.

This has infuriated authorities, who arrested people suspected of supporting the movement, often in night raids on homes.

But the protest movement, coming on top of a Covid pandemic that hit Myanmar hard, has also struck the country’s economy.

The World Bank has warned the country faces a huge 10 per cent slump in GDP in 2021.

The brutality of the crackdown has horrified international powers, which have responded with criticism and sanctions.

On Thursday the US and Britain — the nation’s former colonial ruler — put sanctions on a conglomerate owned by the Myanmar military.

So far diplomatic pressure has had little impact and Washington and London hope that hitting the military’s financial interests will pay dividends.

The armed forces dominate many key sectors of the Myanmar economy, including trading, natural resources, alcohol, cigarettes and consumer goods.

The civil disobedience movement had a boost yesterday when a group of Norwegian academics nominated it for the Nobel Peace Prize — won in 1991 by Suu Kyi.

The military has defended its power grab, citing allegations of fraud in the November election which Suu Kyi’s National League for Democracy won by a landslide. — AFP

These were the details of the news Protest-hit Myanmar junta puts on show of force for this day. We hope that we have succeeded by giving you the full details and information. To follow all our news, you can subscribe to the alerts system or to one of our different systems to provide you with all that is new.